What are the options for a high quality versatile first 7 string (comparable to PRS, Suhr, etc)

Hi all, I've been playing 6 strings for 23 years and have been thinking about buying a 7 for about 15 of those years and just never got around to it. Like many of you I've been through the GAS cycles in the past and bought and sold a lot of guitars but at this point I've really cut down my guitar collection and I'm down to two daily drivers - a 2007 PRS CU24 (in drop C) and a 2010 Suhr Custom Tele (in standard) that I picked up used about half price, 6 months after someone had it built.

I'm looking for a 7 that can inspire me as much as these two guitars, and need some advice on what to look at.

Some factors:
- I no longer live in a big city where I can try a lot of unusual (or even standard guitar center type stock) guitars, so I'm going to need to buy something without trying or even seeing
- I want to at least give myself a chance of having an instrument like these two that I'm going to want to keep for the long haul
- I play a lot of metal, but tend to less modern tones - metal wise range from 00s prog (opeth, DT), to post (pelican, cult of luna, nero di marte) to black metal, or dissonant DM (ulcerate, gorguts)
- I also play a lot of post rock, indie, 90s rock
- I'm mainly looking for a 7 as a format to open up new inspiration in playing and writing, as opposed to a purely metal driver. I'm still looking for versatility. Will likely be a tuned half step down and alternate between standard and dropped configuration
- not looking for fanned frets
- looking for something that will hold value; since I'm going to be making a guess on an instrument here without trying I need to be able to resell it if I don't end up bonding with it
- open to 25.5 or 26.5 scale length but not longer
- prefer thin, fast, non-painted necks

Budget wise, I don't want to overspend if typical production models have improved to the point where one doesn't need to get something fancy. The guitars I have now seem to sell in the 4k+ USD range now but when I bought them the PRS was about $2k new and the Suhr was about $2k mint used, so when I see the current eye popping prices it feels a little crazy. I'm willing to look at any price range up to 4k-ish for a forever type of instrument, but I prefer to stay <$2500; but if you guys tell me that $1k LTDs or similar are the way to go now because the quality has improved and the QC is solid then I'm totally open to suggestions.

My initial thought was to look for a Suhr Modern 7 but it looks like those were discontinued a while back and there isn't a lot of used inventory to choose from, and what's there is priced like some boutique new guitars.

I've heard of Mayones and have read mostly good and some bad things but it sounds like perhaps the US dealer pricing doesn't make sense.

I really like the thoughtful design of the EBMM majesty 7 but am somewhat worried about the electronics being a failure point over time if I want to hold on to the guitar for 17+ years like my PRS.

What else should I be looking at? Thanks in advance for any suggestions or guidance
Last edited: Sep 30, 2022

What type of bridge do you prefer?
For under 2k: 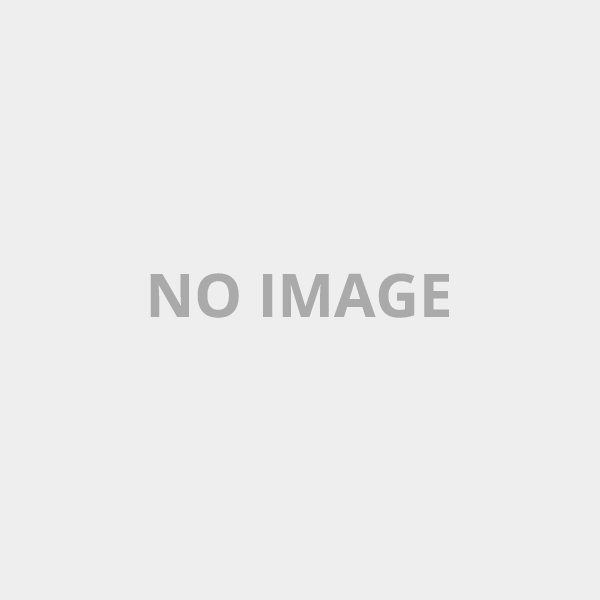 The switches, pots, jack and tuners are failure points on any guitar. Dont let that stop you.

Just buy a used Prestige. Seriously. There, I said it. A Universe could suit you well...? Ibanez, that is...

At the 7 stringers realm, what else are you thinking specs wise, Floyd rose, bolt on, fingerboard radius...?

Spend a couple hundred on a used schecter, ltd, or ibanez and give it a try. You can likely resell it for what you paid if you don't feel "inspired" or it might give you a sense of direction in what specs you do or don't like in a 7-string that'll guide you to an upgraded purchase later down the road.
H

Kosthrash said:
What type of bridge do you prefer?
For under 2k:

Never use the trem on any guitars I've owned; prefer a fixed bridge for sure

that ibanez looks beautiful, what's the verdict on those dimarzio fusion edge pickups


budda said:
The switches, pots, jack and tuners are failure points on any guitar. Dont let that stop you.
Click to expand...

This is probably good advice; I am tempted to just go in on a Majesty


odibrom said:
Just buy a used Prestige. Seriously. There, I said it. A Universe could suit you well...? Ibanez, that is...

At the 7 stringers realm, what else are you thinking specs wise, Floyd rose, bolt on, fingerboard radius...?
Click to expand...

Fixed bridge preferred. Don't feel strongly about neck construction; love my bolt on tele, love my set neck PRS. never owned a neck through but open to it. Never paid attention to fingerboard radius; looking it up, the tele I love is a compound 9-12" and the PRS is a 10". I've played flatter ESP and Jackson 6's in the past and got along well with them. The main thing is I prefer thinner necks with unfinished backs where possible, and upper fret access is important to me as well. I used to have an LP that I absolutely hated between the thick net, painted back, and singlecut form factor, couldn't sell that thing fast enough.

Sounds like you want a majesty. Buy one!
H

I thought you still could order a Modern 7? Anderson has a 7 coming soon. But ordering one is these new will not hold resale.

Seems like you should look into a used EBMM of some sort.

Helios said:
I do want one but just trying to figure out what comparable products I should look at
Click to expand...

You already know what you want, its well built, go now

budda said:
You already know what you want, its well built, go now

When I bought my suhr tele, I went to the store planning to buy a fender American. When I bought my PRS, I originally started out shopping weeks earlier within a totally different niche (ESP and Jackson products of the time). I’m new to the 7 string space and I know i don’t necessarily know all my options, and I certainly don’t know what the conventional wisdom is on the best in class instruments.
H

cardinal said:
I thought you still could order a Modern 7? Anderson has a 7 coming soon. But ordering one is these new will not hold resale.

I’m not sure, it might be possible. I do know that a decade or so ago they used to advertise them on the website and now they dont

There is also Sterling Majesty MAJ270...

Designed in close collaboration with John Petrucci, the all-new 7-string Majesty is a celebration of innovation and imagination. Fully equipped with an ebony fretboard, stainless steel frets, and DiMarzio LiquiFire & Crunch Lab pickups, the Majesty is a perfectly built modern instrument...

Just buy the Majesty. When I read the thread title, my first thought was EBMM - as someone who has in his posession at this very second a PRS, Suhr, Anderson, and 2 EBMM's. I've had 2 Regius's as well. Just buy the Majesty; they're incredibly comfy, sound great, have great (srs best ever) upper fret access, and are super super quality both in construction and feel.
H

Metaldestroyerdennis said:
Just buy the Majesty. When I read the thread title, my first thought was EBMM - as someone who has in his posession at this very second a PRS, Suhr, Anderson, and 2 EBMM's. I've had 2 Regius's as well. Just buy the Majesty; they're incredibly comfy, sound great, have great (srs best ever) upper fret access, and are super super quality both in construction and feel.
Click to expand...

Thank you for the advice. Out of curiosity, what’s your second EBMM?

Helios said:
Thank you for the advice. Out of curiosity, what’s your second EBMM?
Click to expand...

I have a Luke III and a JP6, but I've had the good luck to live near stores that stock Majesties so I have a bit of experience. I also briefly owned a Sterling Majesty 7 which was not really up to par with the EBMM version.

Unfamiliar with the type of thing I’m seeing.

Doesn't have to be a Majesty, really. I'd recommend the OG JP7 but I might be biased. Maybe one without a piezo to keep it simple, less prone to failure, and less expensive. If you like Floyds, you can try and hunt down a JP16 7-string.

Give Kiesel a look. You can custom order a 7 string to your taste for 2500 or less pretty easily. Most of their models are available in a 7 string and fixed bridge. Scale length's are 25.5 standard, but you can call in and order 27 inch scale if you prefer longer. Calling in is more recommended anyways as not all the options are available through the online builder. Decent in house pick ups save for maybe the lithiums which are eh, but some models can be ordered with Fishman Moderns as well if you prefer a pick up you are more familiar with. Balaguer is another custom builder worth looking at as well, and more flexible option wise. Otherwise definitely Prestige level Ibanez is a great choice for production line stuff.

A used Ibanez Prestige is probably the best bang for your buck option besides an ESP E-ii used.


Aristides are great, and if you buy used they generally hold value really well. They have quite thin necks with pretty flat radius so they feel pretty fast.

PRS is great but has basically no 7 string options in their CE or Artist/10 top price range (only SE and private stock).

Can't really speak on Suhr or Anderson, I've never gotten to try them.