A pedalboard filled with more like these would be hilariously awesome.

I mean... If you had to guess, how many boutique pedals with silly names and hand painted cases would you say are trying to get bought simply on the basis of "Ooo it's called the Face Melter"?

With that said I've never actually been the biggest gear trader - at least compared to some of my friends who's constantly buying/selling/trading different gear.
I think I've tried to get some different things in my hands partly to get an idea about what I like/dislike, and partly to just have a functional setup at hand at all times. Needs change as time goes, and new gear hits the market at a constant rate, so the GAS is never ending.

Lately I've been wanting to get rid of the low-to-mid-tier gear in my collection, and slowly build a collection solely out of top shelf/boutique stuff.
Just because...

There are stuff I've sold over the years which I can become a bit nostalgic about, but then I shake my head and realize, that I can get better stuff today if I want to.

It's been my main 'amp' for 10 years, time to try out something else. Already profiled my favorite KPA profiles on the QC

Actually brought the Kemper into the office for lunchtime noodling, but it's a little overkill for that. Probably just going to use plugins there.

I'll use the Kemper money to put towards a new Ibanez Prestige hardtail... for the office. First world problems

mongey said:
Or you sell something your not really using so you have some spending cash to get something else. Then spend double what you have
Click to expand...

Aka “how i ended up with high end guitars”

I tried the whole varied collection thing, but without a band or serious recording I had (and have) guitars not really getting used. Having some mid priced guitars for when I gig again and having some high end guitars because I can seems like a good spot.

budda said:
Aka “how i ended up with high end guitars”

I tried the whole varied collection thing, but without a band or serious recording I had (and have) guitars not really getting used. Having some mid priced guitars for when I gig again and having some high end guitars because I can seems like a good spot.
Click to expand...

Maybe I should sell my 50th anniversary 68 LPC… 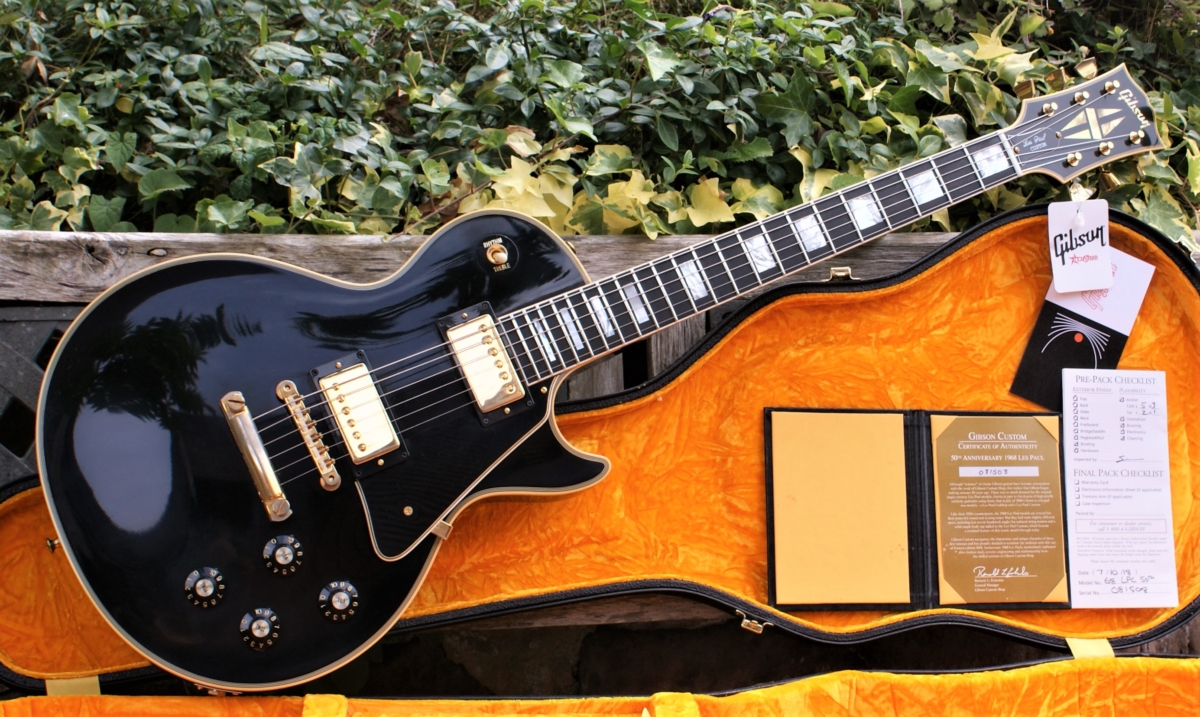 Deadpool_25 said:
Maybe I should sell my 50th anniversary 68 LPC…

Doesnt help that i want current gen CS either. Customs werent even CS til 04. I think the 57 lpc was a historic thus CS though..

Edit: theres the old 68ri and then current gen.

I don’t sell anything. I just keep buying…
M

I swear I’m gonna buy an orange super crush sight unseen just because I like the color. I don’t even know if I like the orange sound.

KailM said:
I don’t sell anything. I just keep buying…
Click to expand...

I have to sell so I can have money to buy the things.

wheresthefbomb said:
I live for the catharsis of selling off most of my gear. There's something really freeing about only having one guitar and one amp.
Click to expand...

I've downsized to 1 guitar at a point in time and I've been chasing that high ever since but I just can't stop... wanting things

littlebadboy said:
Should I follow what my heart says (NGD), or what my wife says not to...

...I made the mistake of showing my wife a Legator 8 string after she had some wine. Her words were, "I am not going to tell you no."

I think that she was talking about buying that guitar.

Still on the fence...

about to what she was referring...

and on getting an 8 string from a company that does not seem to have that established of a reputation...

Yessir. Historically this has been why I can't have nice things, like my own crib.

GreatGreen said:
I've found I can almost break this cycle for myself with a few realizations and rules.

1. realize that nothing does everything. Don't sell your 5150 if you love the lead or crunch channel, but you don't like the clean channel. Thinking everything about any given piece of gear has to be perfect else it's not good enough to keep is misguided. That's not how guitar gear works. Also, don't sell your Mesa Lonestar because "I love the clean channel but the drive channel isn't exactly what I wanted." Instead, ask yourself "is there ANY SINGLE THING about this piece of gear that I love, that does its thing better than everything else?" If there is, DO NOT SELL IT.

2. selling something because it's only 90% what you want, when you don't CURRENTLY HAVE the thing you think is 100% what you want, or even if you think that thing is out there but you haven't personally verified it, then getting rid of what you've already got is a very bad idea. I've heard many people (including me) say "I sold X thinking I'd find something that did the same thing only better, but I never did. I regret selling it."

1. don't re-buy anything you have previously sold because there was something about the tone you didn't like. However, if you sold it because money was tight and you needed the cash to fund something else, or because it was unwieldy for you at the time (like an amp being too loud for an apartment), or because there was something it did that you were simply unaware of, then re-buying is still on the table. Basically if you sold it for any reason besides "I didn't like the way it sounded," then re-buying is ok. But if you sell something because you don't like the sound, that's it, done deal for good.


I sold a 5150 about 15 years ago because it was too loud for my apartment. Since then, reactive loads and reampers have become widely available so an amp being "too loud" is no longer an issue. I bought another 5150 at a much higher price than my original one. I learned my lesson and never plan on selling my current 5150 unless I personally find and buy another that sounds flat-out better than the one I have now, but it kicks ass so I don't really see that happening any time soon.

The overall point is basically that if there's any single thing about something I have that I love, it's not going anywhere unless there's something that very specifically makes it entirely redundant.
Click to expand...

This is how I feel about the old Mesa Triple Rec/oversized cab I let go, almost a decade ago. I learned that other amps were more satisfying/fun (pretty much every non Mesa amp I've owned), as well as easier to dial.

Still, that old beast haunts me. I imagine myself getting my hands on another, and trying different channels/settings. I've only tried the red modern, and ended up repeatedly disappointed/confused.

My PRS Custom 24 that I let go also haunts me from beyond. Parting with it was a clutch financial move. Also, I was a little bothered by the tonality.

However, now that I've gained perspective, I can still understand the appeal of having one. Hypothetically, if I was in a better situation, I could totally see myself doing a repeat purchase of another Core Custom 24. In that case, Id make sure it was a 10 Top though.
D

Empryrean said:
I've downsized to 1 guitar at a point in time and I've been chasing that high ever since but I just can't stop... wanting things

We all, I assume, work for a living, need to do things that make that work worth it.

There is a pretty solid mathematic equation to answer the question of how many guitars it takes to be happy.

After dinner, while walking to the car, I asked, "Now that you are full of delicious sushi, you can't be mad at me for buying another guitar, right?"

Grindspine said:
There is a pretty solid mathematic equation to answer the question of how many guitars it takes to be happy.

After dinner, while walking to the car, I asked, "Now that you are full of delicious sushi, you can't be mad at me for buying another guitar, right?"


(Imagine this in the car market before-times)

sylcfh said:
Why did my eyes immediately tell me "Goatwhore"?
Click to expand...