narad said:
You posted 5 times on this page, this post makes 5 non-you posts on this page (and frankly the posts telling you you're posting as frequently as everyone-else-combined probably shouldn't count towards that).

And check out the previous page. I'm just saying some chill might go a long ways.
Click to expand...

Well, that's because I was the only person to post on Sunday ALL DAY!

There are pages and pages I didn't post at all!

possumkiller said:
Just put him on ignore.
Click to expand...

diagrammatiks said:
completely pissing off people that actually don't disagree with you.

what do we call that?

This is the sad part. I don't think I've ever seen someone argue so much with people that mostly agree. I know at least 2 people that will respond to, "Ya man, Maiden are pretty good. I listened to them a lot when I was younger". And the response, while pulling down pants to show Iron Maiden underwear, "NO DUDE YOU DON'T UNDERSTAND, IRON MAIDEN ARE THE ONLY BAND ON THE PLANET WORTH LISTENING TO. I CANT BELIEVE YOU ONLY USED TO LISTEN TO THEM AND DIDN'T THINK THEY WERE GODS. <Insert some ridiculous 20 minute verbal masterbation missing all social cues with ridiculous details about every member of the band that not even the band members remember or care about, like which flavor ice cream they ate in 1994 after a specific inconsequential date, and how that ice cream made the band 100000000000 times better than sex>." I think we can multiply that by at least 5 right now.

No offense to Iron Maiden fans...


AxRookie said:
Well, that's because I was the only person to post on Sunday ALL DAY!

In the words of Andy Dufresne, "How can you be so obtuse?"

The One Who Knocks

What I miss? Even I hit ignore a day or two back.

AxRookie said:
I agree only I think we all need to stay and fight tooth a nail for a better tomorrow which could start with two wins in the GA runoffs!
Click to expand...

I mean, let's expectation-set here - Biden is going to have. hard time getting anything done no matter WHO wins in Georgia.

Right now, of races that have been called, the Democrats have 219 seats in the house. 218 is a majority. they're leading in two more races, and tied in two more. That means te most likely outcomes are probably a 3- to 5-seat majority in Congress, meaning three to five defections are enough to stop a bill from passing. Also worth noting, is that most of those losses are from moderate Democratic seats, meaning the Progressive bloc is proportionately stronger than they were in 2018-2020. This means that if they were to choose to, the Progressive Democrats can pretty much stop any bill from getting out of the House, and if they choose to exercise this power, then the 2020-2022 House legislative agenda will probably be quite a bit more progressive than the 2018 Congress. This isn't a judgement call - in a vacuum, personally, I have no problem with the House tilting more Progressive.

The problem is, right now, the best case scenario in the Senate is a 50-50 tie with Kamala Harris as the tie-breaking vote. That means to pass anything from the House into law, you need to convince either Joe Manchin, Mark Warner, and Jeanne Shaheen on the left, or Mitt Romney, Susan Collins, and Lisa Murkowskki on the right, or some odd bipartisan group of the above, to support your legislation. How much appetite is Joe Manchin going to have to campaign on his vote for the Green New Deal in the coal-friendly hill towns of West Virginia? Or Mitt Romney on his vote for Medicare for All in business-friendly Salt Lake City? The Senate tends to be more moderate anyway, and with at best a tie, and more likely a 2-seat minority, passing anything remotely progressive is going to be a struggle.

My bet is Biden will be able to make some meaningful changes to financial and energy regulation via executive action, and should be able to get some sort of infrastructure spending bill through Congress. He might be able yo even get something done on prescription drug costs, or moderate reforms to make the ACA work better - in particular moderate Republicans like Collins and Murkowski who opposed it in 2010 have been willing to support it these days. But something sweeping like Medicare For All or the Green New Deal, that would take a blue wave in 2022. Short of that, we don't have the votes.

I’m looking forward to some health care, tax and reefer reform (not that I’m a user but I often wonder how much more chilled out people in the US might be if it was as ubiquitous as alcohol- never mind the ridiculous criminal aspect.)

But what I’ve learned over the years is campaign promises are nothing to hang your hat on so to speak. I’ve been forced into a corner here and voted against one of the most despicable human beings ever to be a public servant, which is a really bad situation to be in when talking about democracy. I blame the “did not vote” crowd more than anything, which in my lifetime has contributed to this sort of unraveling. 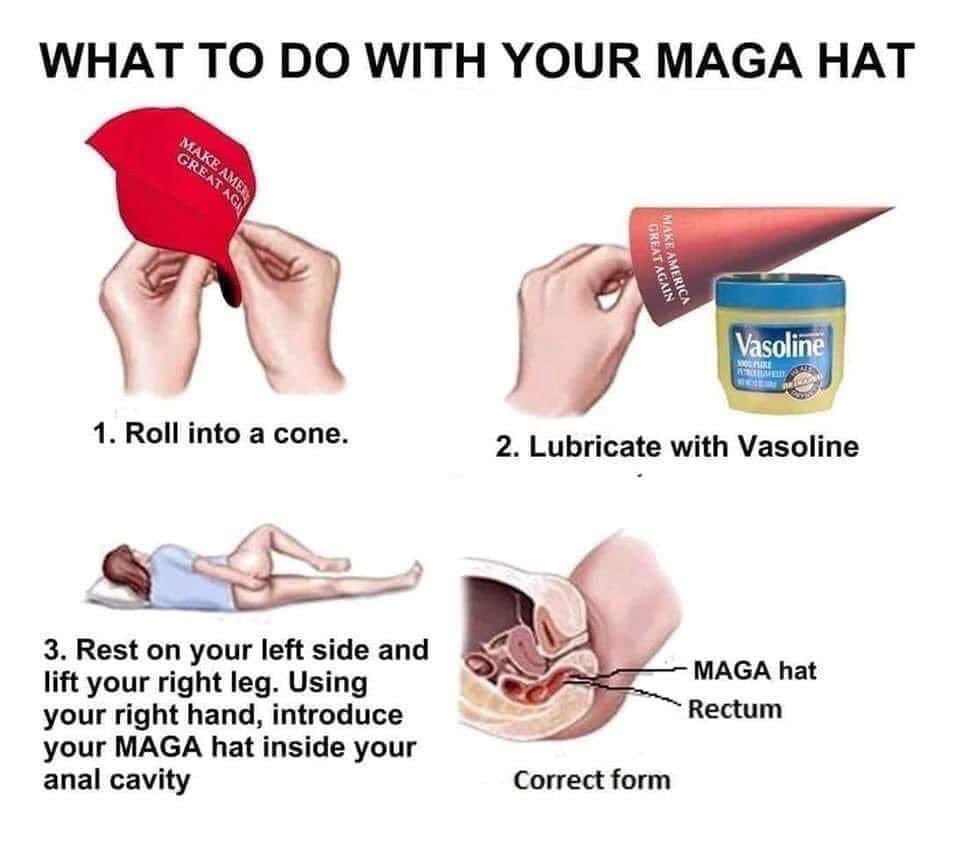 MaxOfMetal said:
Okay, I've warned you before. If you can't be civil you're gone.

This forum doesn't have auto-merge anymore, so chill out.

Someone says that my 644 posts are 50% of the 14,000 posts in this thread and I say they are bad at math and you say I'm not being civil in a thread where "Discourse is allowed and even encouraged" and you give me a "Last warning"???

So now Dr. Scott Atlas is telling people on Twitter in Michigan to "rise up" to stop Gov. Whitmer. www.politico.com/news/2020/11/16/michigan-governor-scott-scott-atlas-covid-restrictions-436743

Then he denied it.

Just like how he told people to not wear masks, publicly, in writing, then denied it.

AxRookie said:
Someone says that my 644 posts are 50% of the 14,000 posts in this thread and I say they are bad at math and you say I'm not being civil in a thread where "Discourse is allowed and even encouraged" and you give me a "Last warning"???

You accuse others of being "bad at math" when you're "bad at reading".


narad said:
Damn dude, you're doing like more than half the posts in this thread now.
Click to expand...

I assumed he meant "current activity". In COVID terms, think "new cases" and not "cumulative cases".

spudmunkey said:
You accuse others of being "bad at math" when you're "bad at reading".
Click to expand...

And you accuse me of "bad at reading"???

Darn, I was enjoying a few of those posts. I was really hoping things could get back to civility.

Mike Huckabee wrote an open letter to Biden, declaring all kinds of voter fraud and citing examples that have already been debunkee by nonpartisan factcheckers. He closes the letter with a Bible verse implying that Biden is evil.

It was meant to be a light-hearted jab. Sorry it apparently didn't come across that way.


AxRookie said:
And you accuse me of "bad at reading"???
Click to expand...

Y...yes? "you're doing" and "now" in his post would indicate that he wasn't talking about the total post qty in the thread, nor your total-since-joining post count. He was talking about "what you are doing right now is...". If my girlfriend tells me to take my clothes out of the dryer, she's probably not referring to when I didn't leave clothes in the dryer last month.

Of course that's exactly what I meant (and said).

AxRookie said:
Someone says that my 644 posts are 50% of the 14,000 posts in this thread and I say they are bad at math and you say I'm not being civil in a thread where "Discourse is allowed and even encouraged" and you give me a "Last warning"???

bostjan said:
Darn, I was enjoying a few of those posts. I was really hoping things could get back to civility.

Mike Huckabee wrote an open letter to Biden, declaring all kinds of voter fraud and citing examples that have already been debunkee by nonpartisan factcheckers. He closes the letter with a Bible verse implying that Biden is evil.

Potentially too late, but we'll see.

If Trump conceded in the traditional fashion, the Republican Party would likely be shifting to strategy with the Senate and what kind of negotiating they want to do to temper Dem House and President, with maybe some 2022 mid term strategizing and early 2024 structuring.