Nevermind, my phone is dumb

Dominoes282 said:
That was a '''fun''' last couple of days. It was pretty worth it in my opinion because along with testing out some new on the market pickups, I also joined the very small club of people who swapped out Carvin DC800 actives to passives, which was an interesting process to say the least. One thing to say is HUGE FREAKING shout out terran236 on the Carvin forums for this thread here. As promised I have revised his diagram to make it more understandable for people who need that kind of thing. Where it says shared that means you must have both wires in the post before soldering i.e. don't solder one wire then tack on another one they must be together. 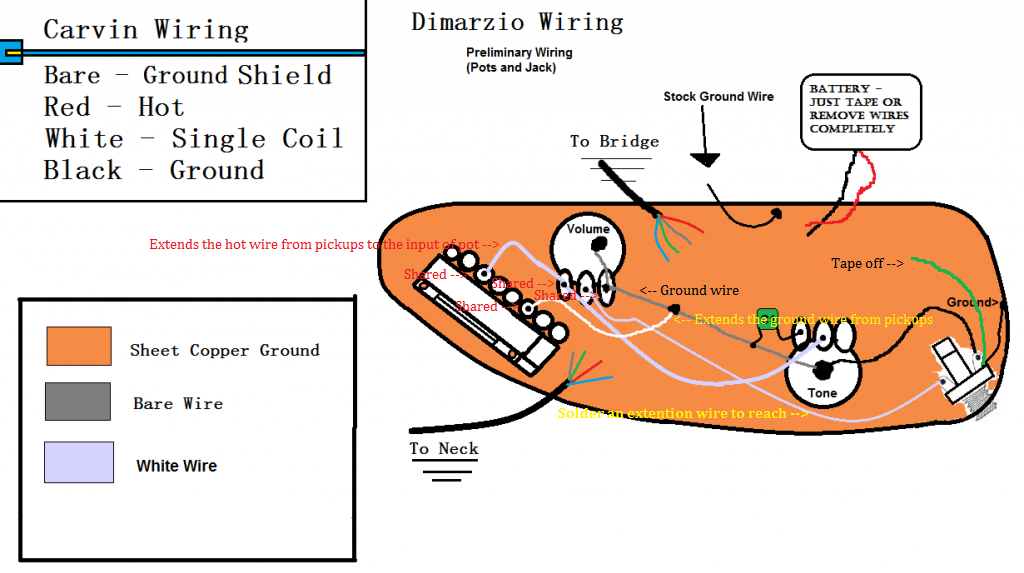 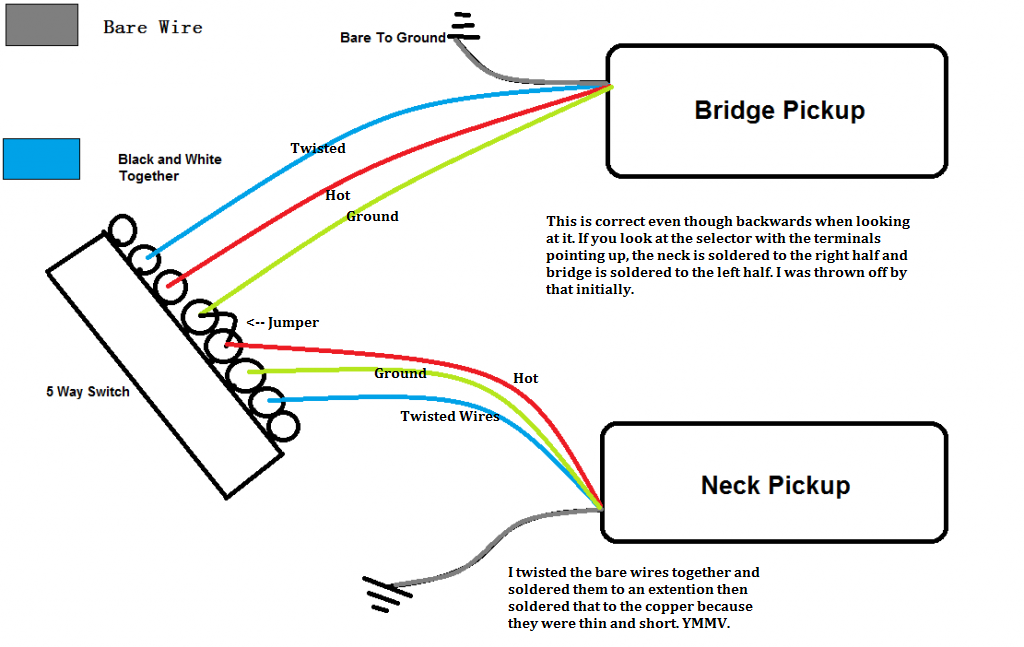 Okay so on to the review. Lets start with,

I asked Blackwater before ordering to make sure the pickups would fit. They said if SD Blackouts would fit (which they would), these would fit. When I got them though they were a little bit bigger but thankfully the wings were made of some sort of composite so carefully working at it with sandpaper fixed that. I also had to readjust where the screw holes were which was again made a little easier due to the material. Just carefully worked with a drill and finally got everything lined up. The wiring was to be expected. The only thing I noticed was the pickups wires being thinner than I've seen on other pickups. Maybe that's just me though. 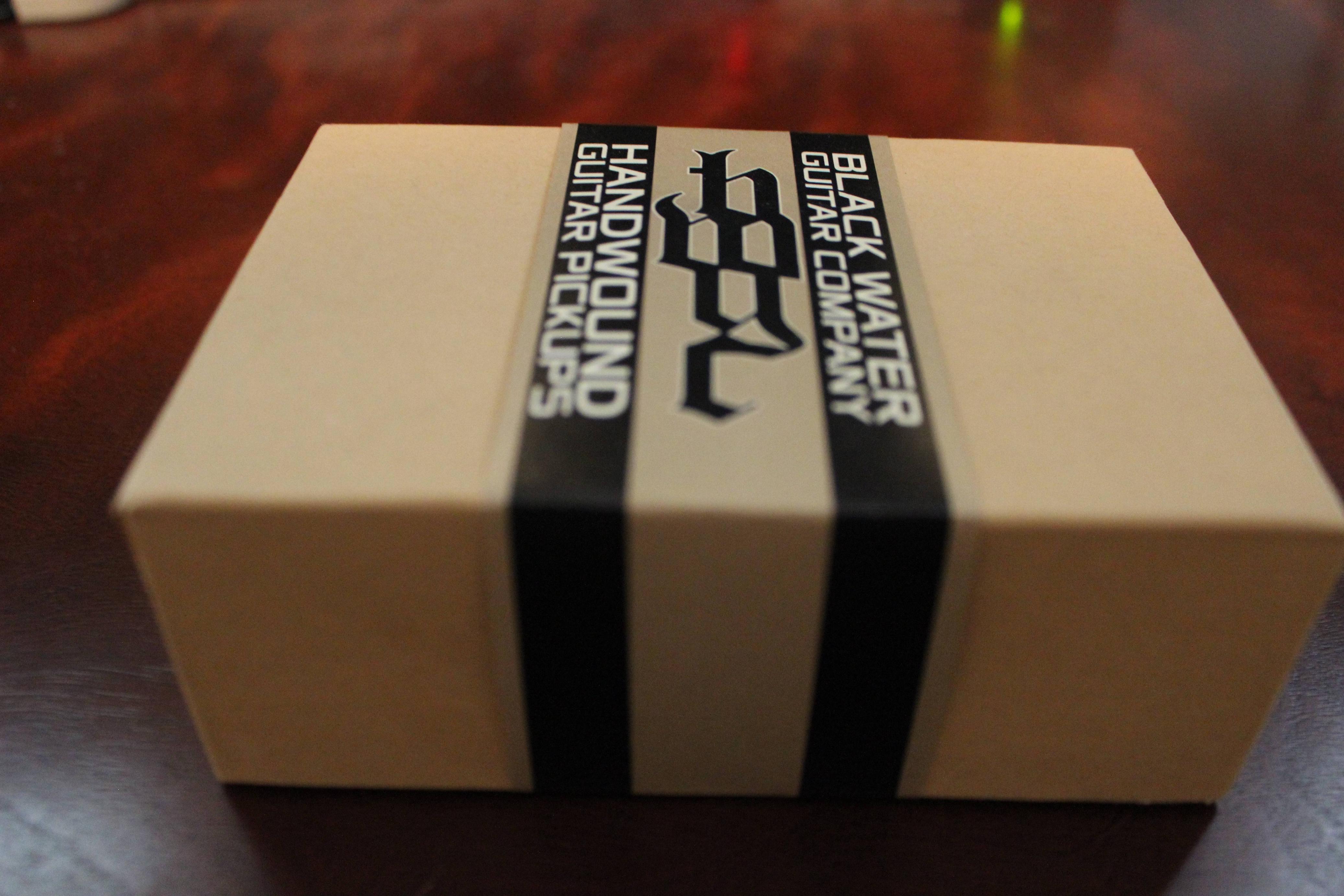 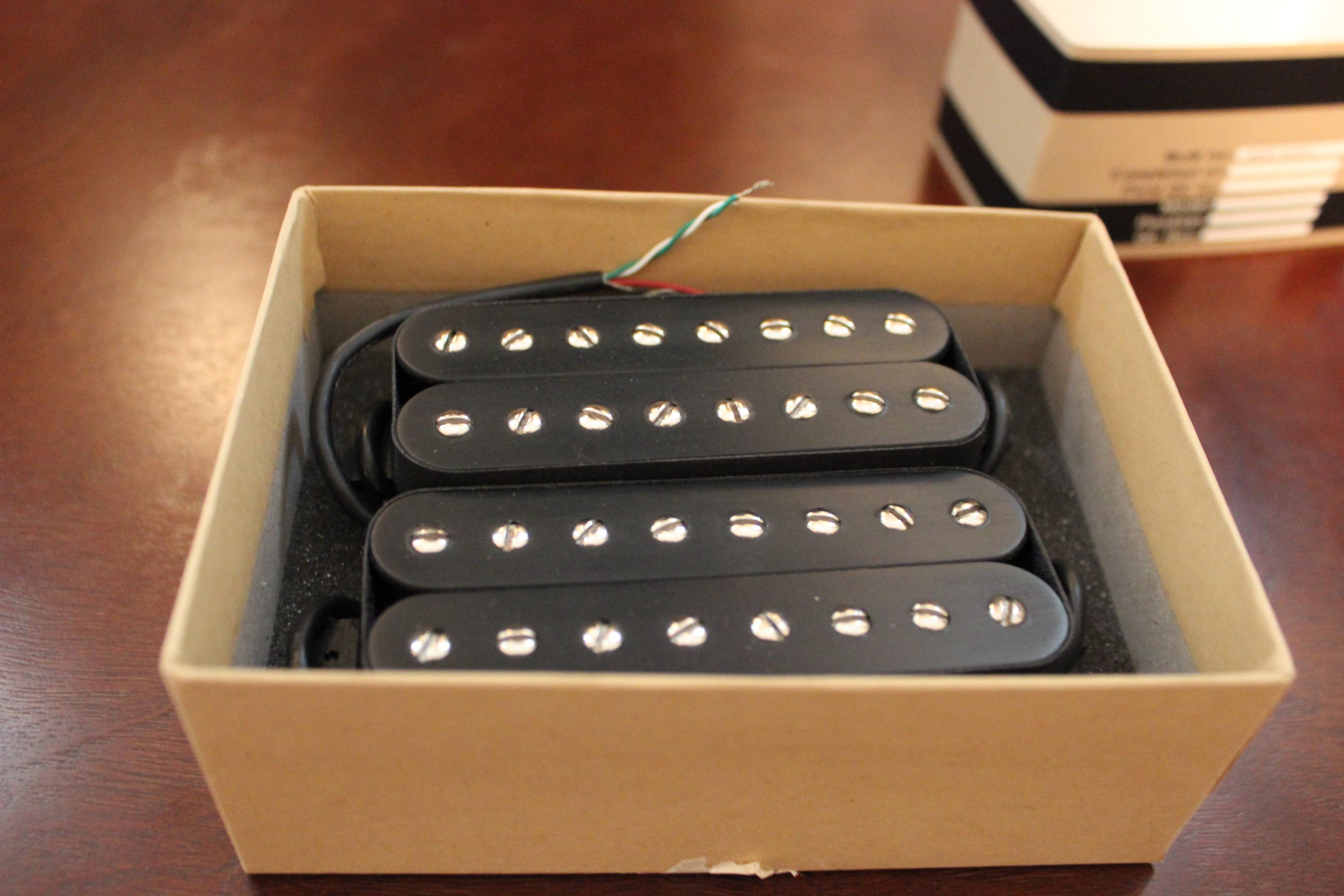 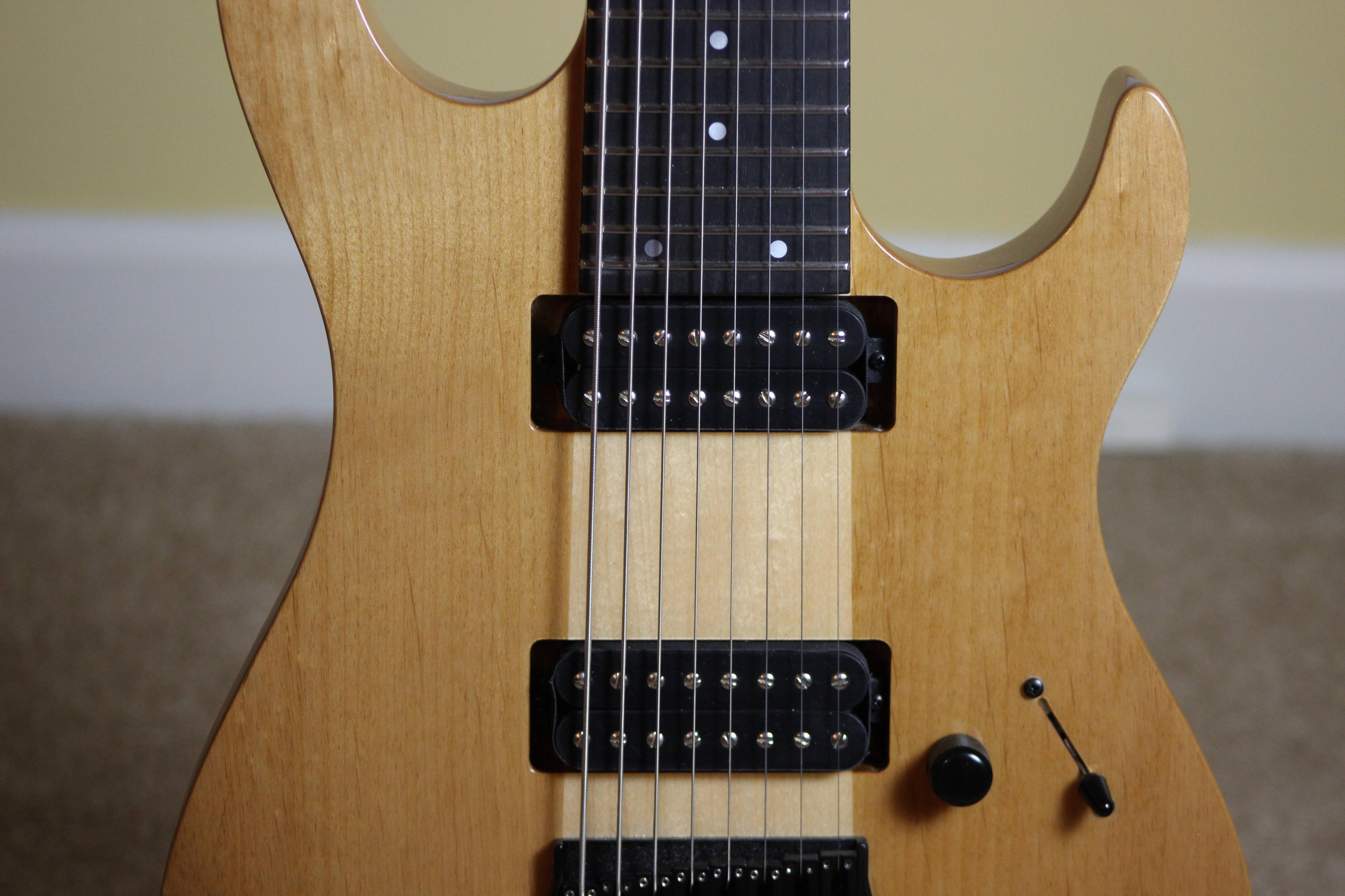 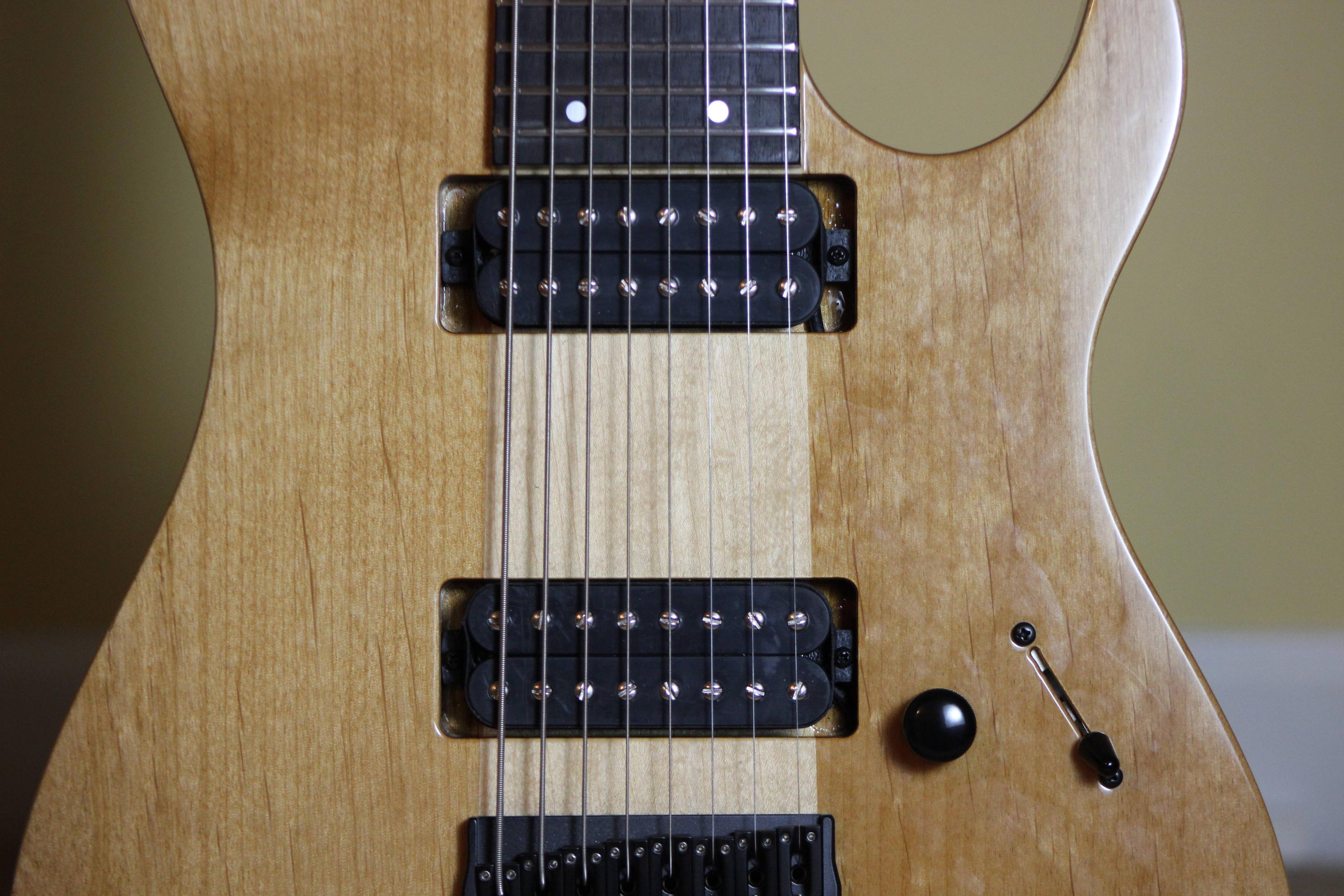 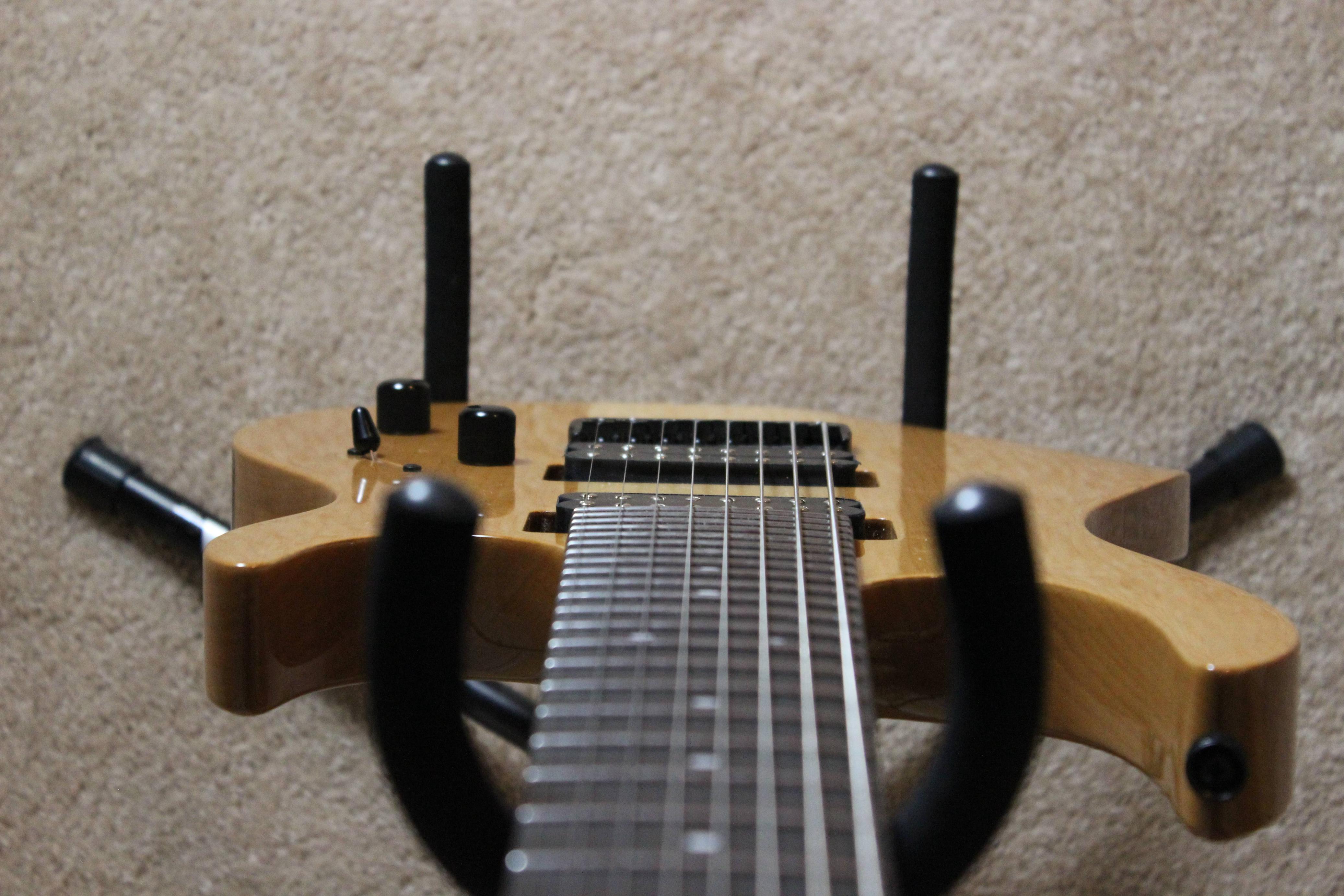 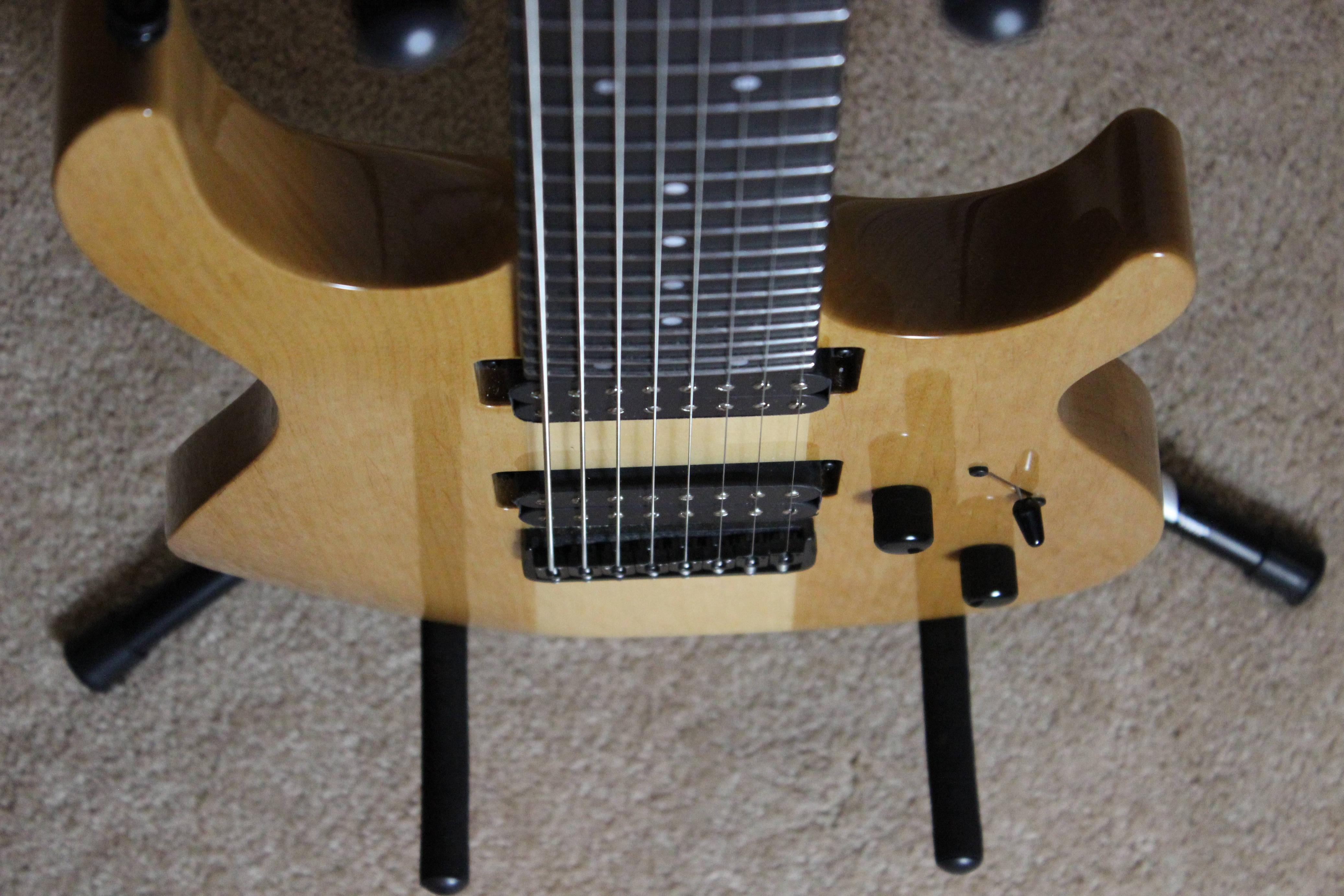 Judge for yourself but I think it looks freakin awesome, and screw pickup covers because I like that it looks modded. The black wings blend in with the shadow of the cavity unlike BKP's metal wings, the pole pieces are very shiny and the ribbon around the winding is very cool even though there's a little bit of freying due to picking but that shouldn't be a real big problem.

Remember I'm switching from Carvin actives to passives. Let me go through the problems with the old pickups. The output was crazy. Notice on Carvin's website under DC Resistance it says 'N/A'. Pretty sure that's intentional. You can basically forget about clarity at this point. Dynamically there was nothing there and it can tonally be described as Lace Xbars. Now on to the Neodymiums. Output is much more manageable. When first trying it, it was a bit too low until I raised the bridge pickup slightly and it seemed to fix the problem. It's amazing to record with. The amount of work I have to do to make it sound good is much much less frustrating. Every EQ adjustment is satisfying because pretty much any change is going to work for you instead of against you. Dynamics are so much more defined but not too sharp. The tone I describe as sweet, especially when working with leads. You can even kinda get a Lundgen sound if you kick in the bridge pickup when doing some Meshuggah type leads which I was very pleased about. Not only are the dynamics defined but just every note is clear. You can literally strum openly down and can hear every note being played instead of just a mess of noise. It really is amazing. I absolutely have no complaints regarding tone.

Here I play a few different genres that I think go well with these pickups. One I should've included was jazz which sounds absolutely fantastic but whaddya gonna do.

I haven't dialed in the perfect tone yet but this is pretty cool.