feraledge said:
The double cut Eclipse has been done a few times, seemingly never with much fanfare. Even with Kirk’s I’m pretty sure I maybe saw one NGD. View attachment 92266
Click to expand...

it probably was mine, wish i never got rid of it

They started as a cash grab by a large corporation, brought on some musicians to lead it, who then tried to take it another level, but flew too close to the sun, then it all fell apart and was bought by a toy company.

That was all in the span of about a decade.
Click to expand...

To this day, anytime I see talk of first act I wonder why anyone is talking about the Maroon 5 guy’s $100 Target guitars.

Always wondered what those First Act 9 strings were like but never seen one in the wild.

I WANT the fret nibs

Reinholderx said:
Always wondered what those First Act 9 strings were like but never seen one in the wild.
Click to expand...

I think they only made the ones for Bill, Brent, and Matt.
The sig looks cool, I’m interested. Still gassing for a Yamaha SG2000 since my deal with ishibashi fell through. The prices are stupid now.

I would bite the bullet and just get an SG1000, but my GAS money is allocated for an RRR explorer (year long wait).

Location
Somewhere Under the Pacific Ocean

Dekay82 said:
I think they only made the ones for Bill, Brent, and Matt.
Click to expand...

Nope. There were a few other DC9s made. All custom ordered obviously because something like that isn’t really suitable to be a production model. (Not enough interest in the market.)

Nick Sadler of Daughters still has his absolutely legendary DC9 and posted some photos of it on his Instagram fairly recently. (It’s instantly recognizable.) Seems like he is breaking it back out.

John Baizley of Baroness also had a custom DC9 in addition to the crazy DC6/DC12 double-neck guitars that he had commissioned. (One red and one white.) The FACS actually had an exact duplicate of one of Baizley’s DC guitars that they sold off.

Matt Schulze (musician and actor) also had a black DC9.

And I guess it goes without saying that I actually had one pass through my hands a long time ago. I’ve seen one or two come and go throughout the years. (Seen one DC12 come and go as well.) Rare as can be though, as you can imagine.
Last edited: Apr 9, 2021

Reinholderx said:
Always wondered what those First Act 9 strings were like but never seen one in the wild.
Click to expand...

I think the closest I've seen to one besides someone famous was Does It Doom bought a 12 string one and took 3 of the strings off.

Location
Somewhere Under the Pacific Ocean

BornToLooze said:
I think the closest I've seen to one besides someone famous was Does It Doom bought a 12 string one and took 3 of the strings off.
Click to expand...

I've personally thought that this guy was kind of annoying (especially because I tried to deal with him on Reverb once), but it seems like over the past year with the pandemic/quarantine, he has done what a lot of other YouTube content creators have also done: taken all of the available free time to improve their content by conforming to the formula for YouTube videos.

Hideously ugly. Can not see the appeal whatsoever
T

HeHasTheJazzHands said:
There's actually bee a couple of custom order Eclipse DCs. Kirk Windstein has(had?) one. There's some dude named John Rox that has like two of them. There was also one available in Japan briefly.
Click to expand...

It used to be a standard model in 2010 (seems to be the only year in production), but it's not in the USA catalog probably because of copyright issues. 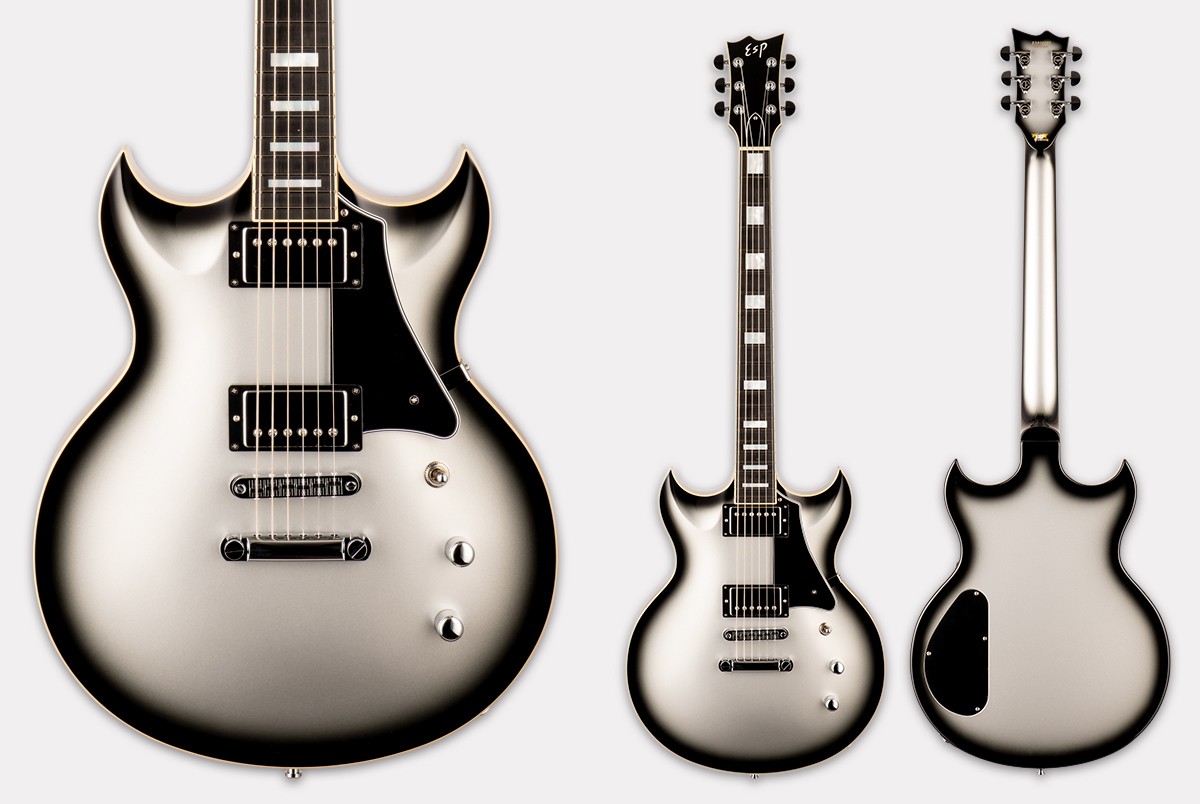 I WANT the fret nibs