Had an old Ibanez SR405 from 2002 that I bought used. It was in pretty good shape and played really well with good build quality but the pickups were very bland (stock Ibanez DX pickups). I recently played some new 2020 SR505's and was extremely impressed by them. I saw Ibanez recently released the SR605e's which have Nordstrand pickups and have some cool finishes so I decided it would probably be better to sell my SR405 and some old pedals I don't use to fund a new SR605.

The sound is much better (more clarity and high mid and treble content)! The bass feels like a much higher quality bass than its price, although it does have some build quality quirks (mainly a scrape on the end of the fretboard at the heel--your hand doesn't reach/touch this area so its not a big deal, asking to see if the music store will give me a small discount). This 605 is not as immaculate as a few of the 505's I had played recently, but it does have that 'higher quality bass feel' to it. Ultimately the small build quality quirks do not impact playability or anything so not an issue. 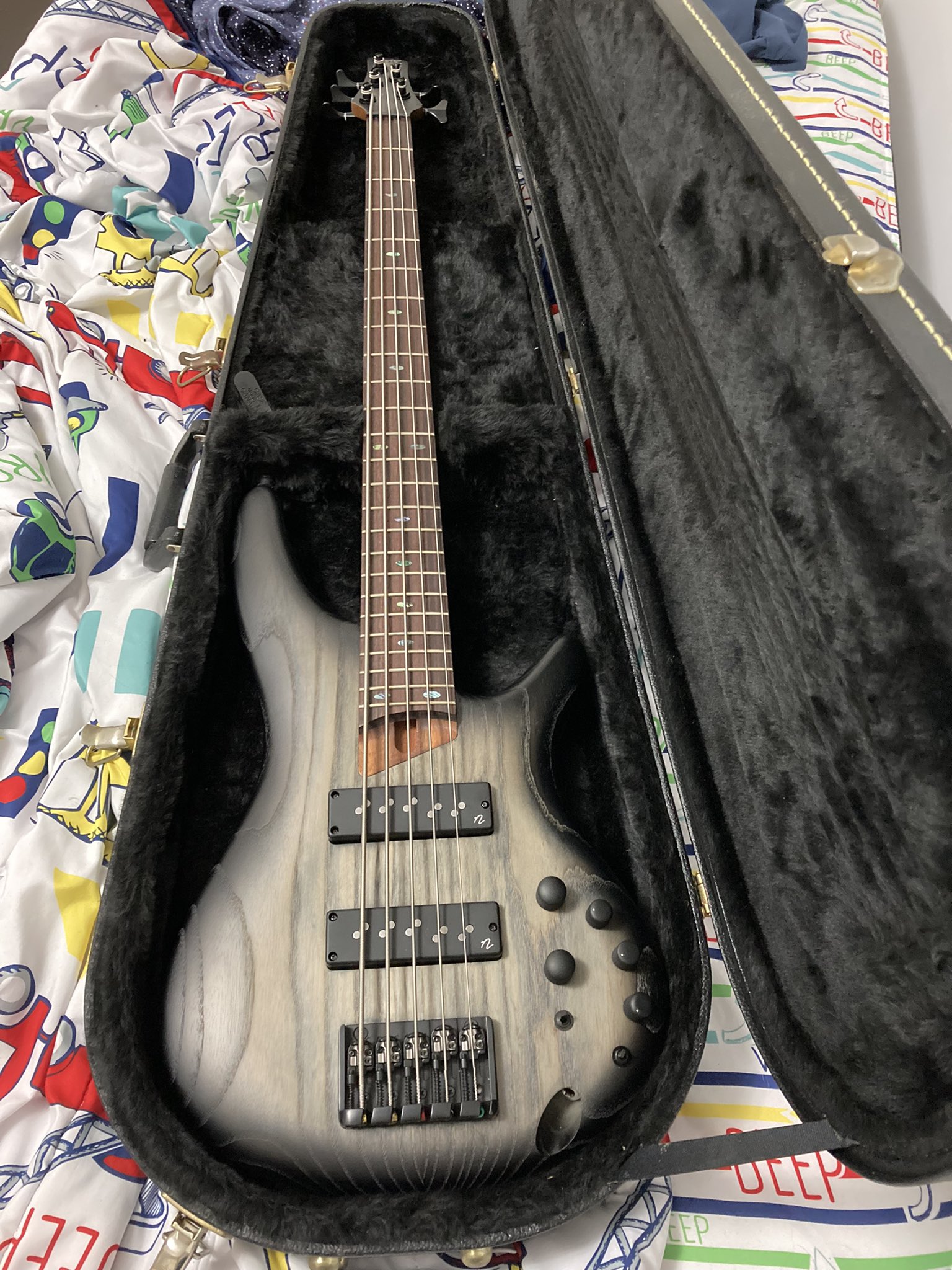 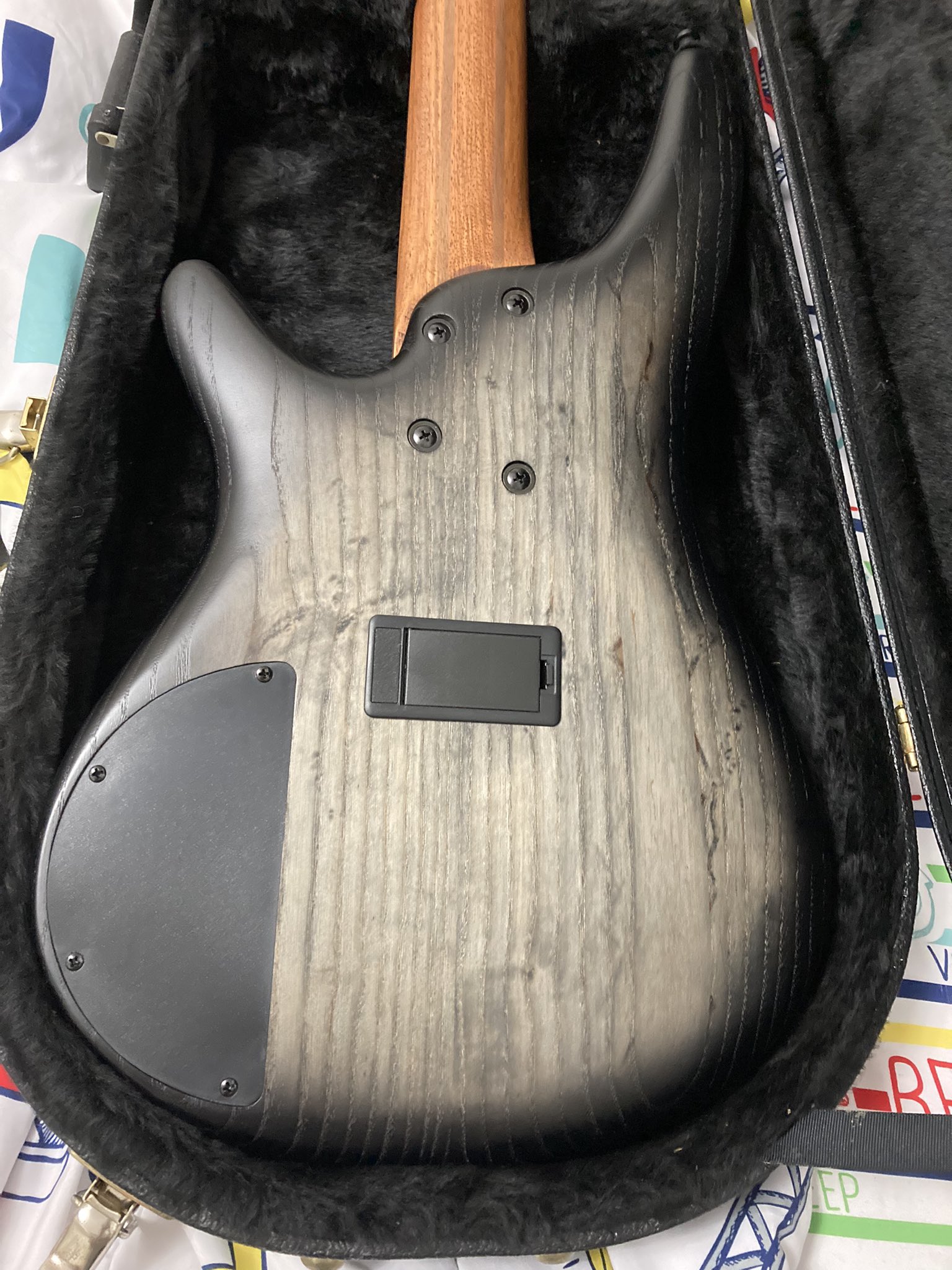 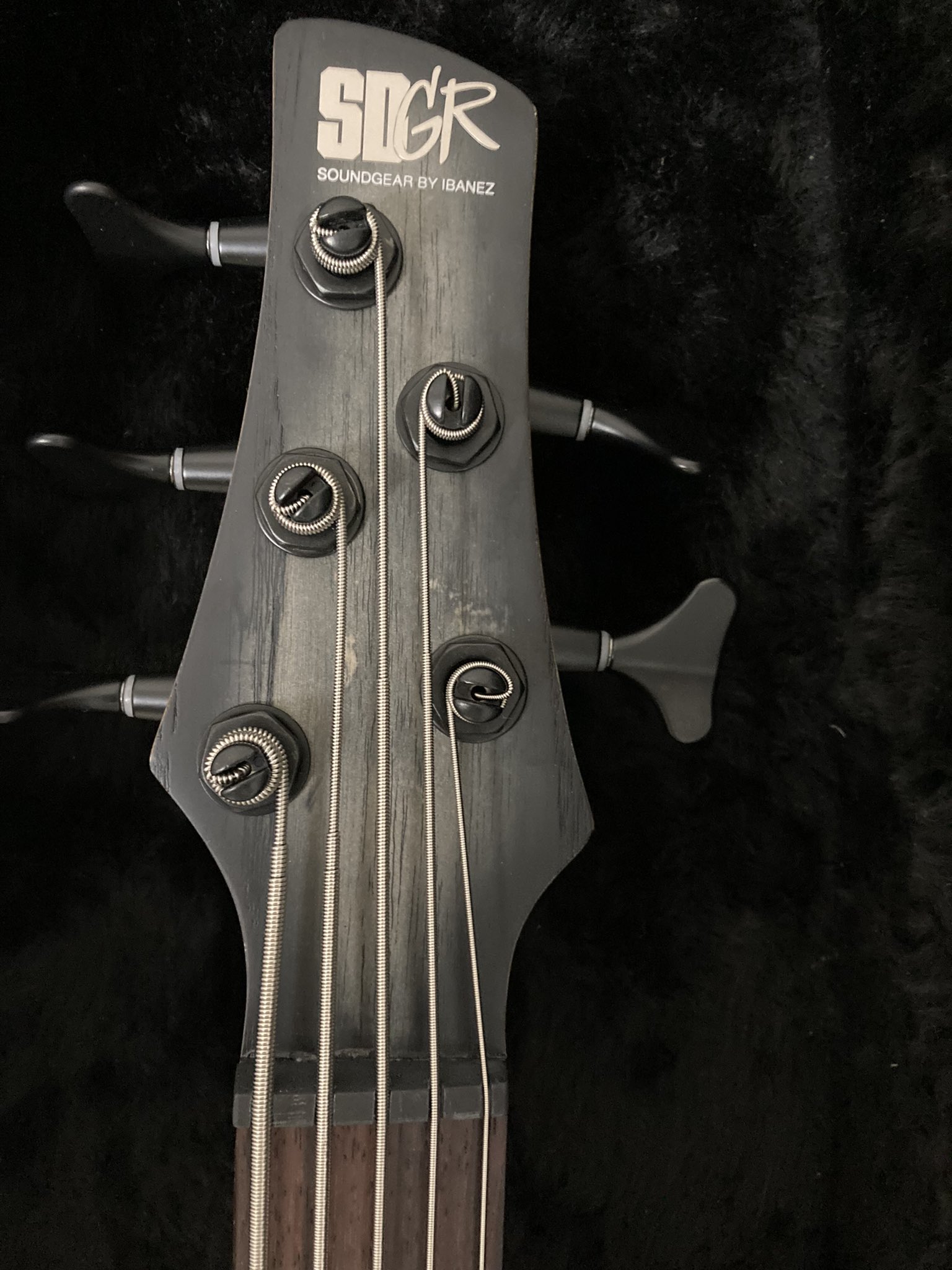 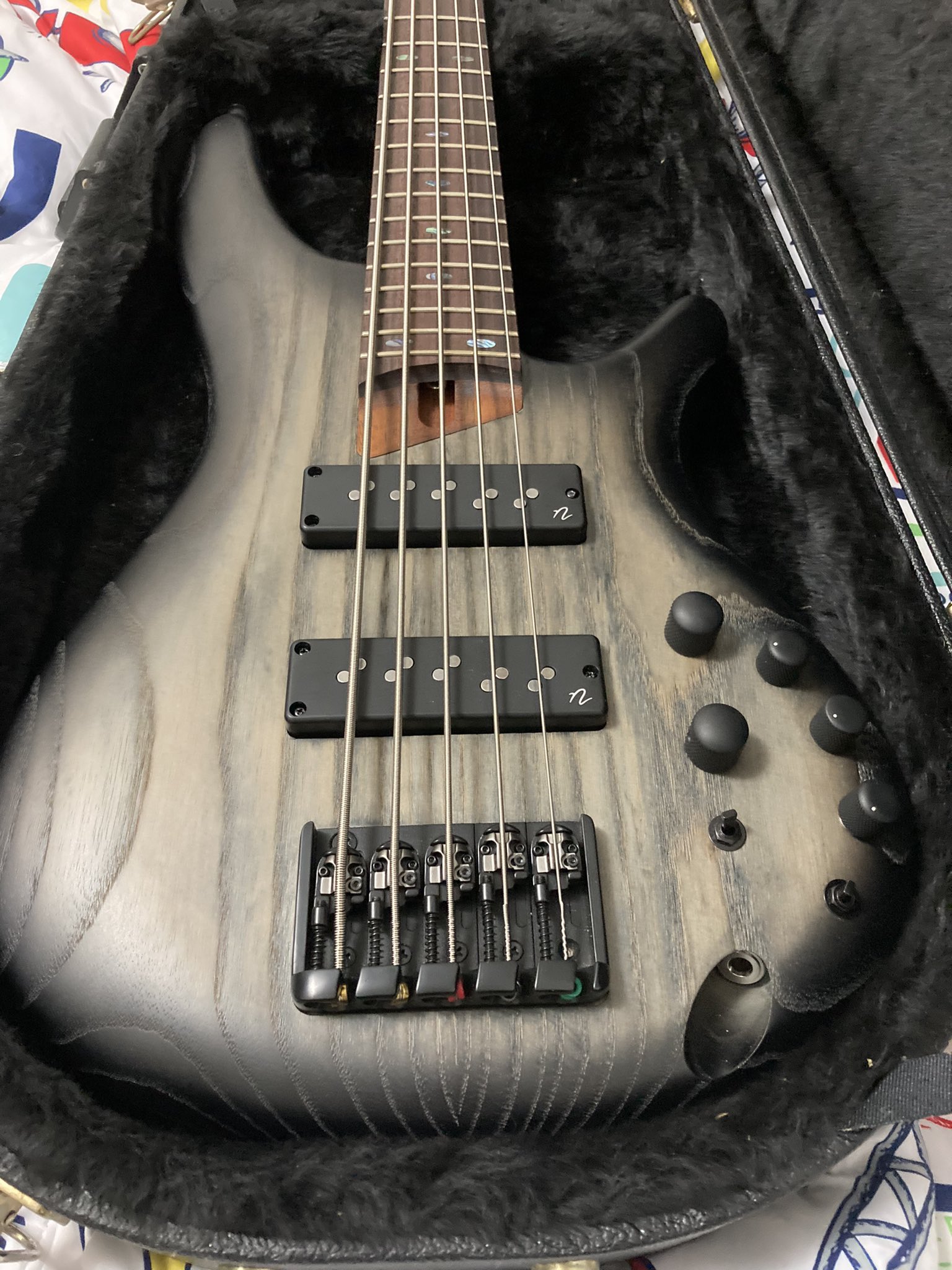 Thanks!
I was originally looking at the blue burst finish but all the music stores in Canada said I’d have to wait until November for more stock. I found a music store in my province that had this black burst (they seemed to be one of the only stores In the country to have a 605 in stock lol) and ordered it immediately lol.

Really glad I jumped on the black burst though, it looks awesome. Kind of gives me a haunted house aesthetic vibe

The wife took some pics of my bass, and, of course, they're much better than my crappy phone pics, lol: 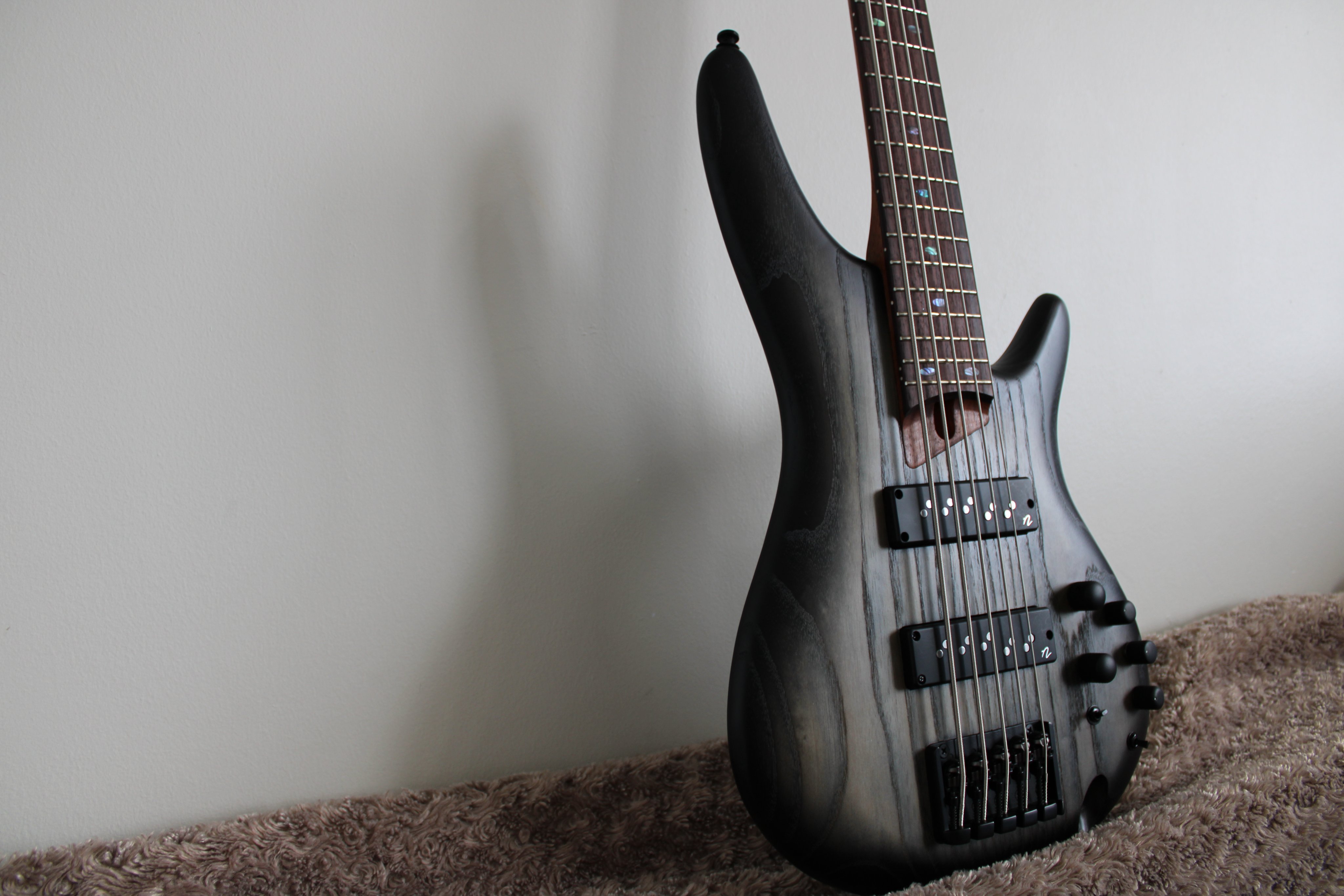 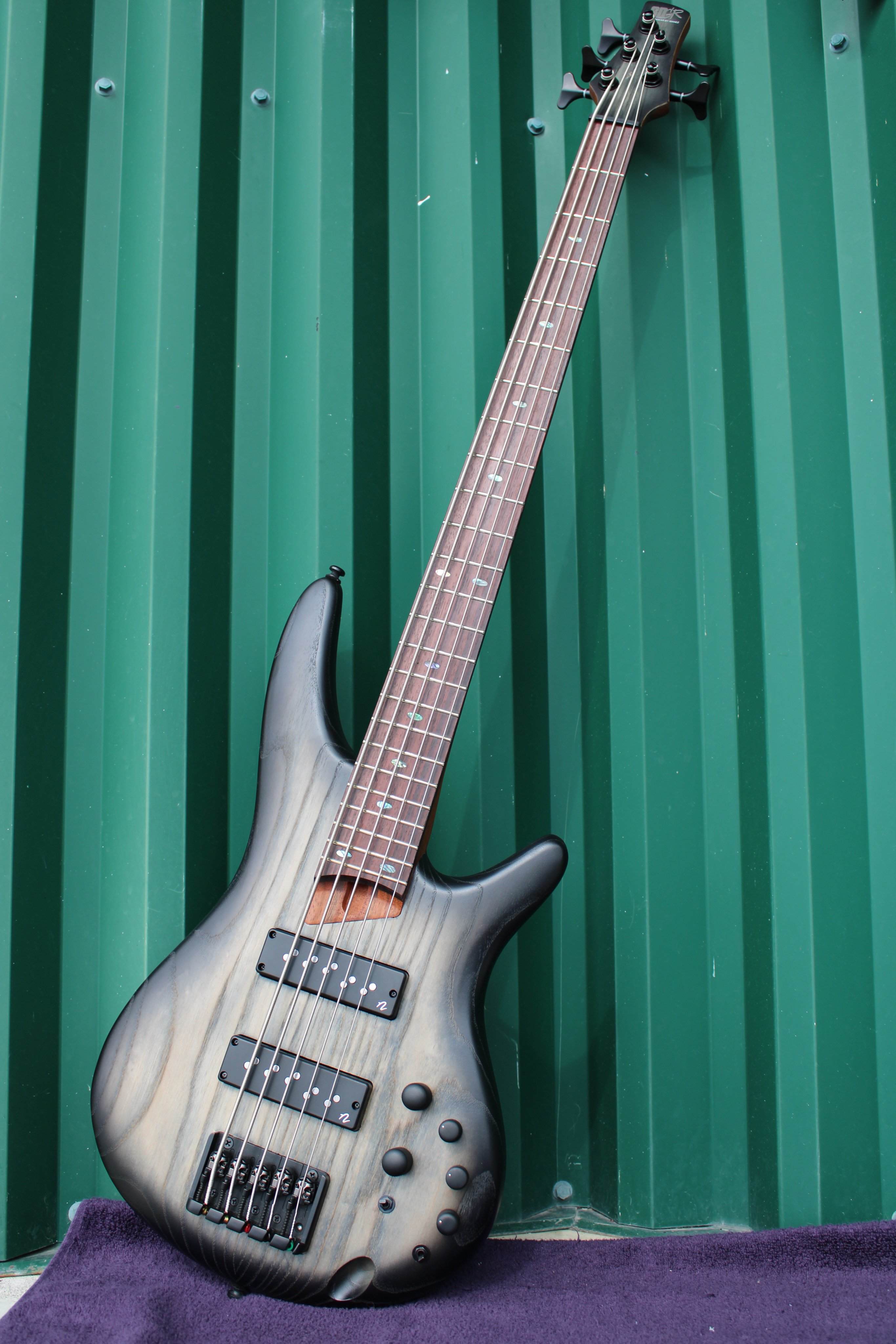 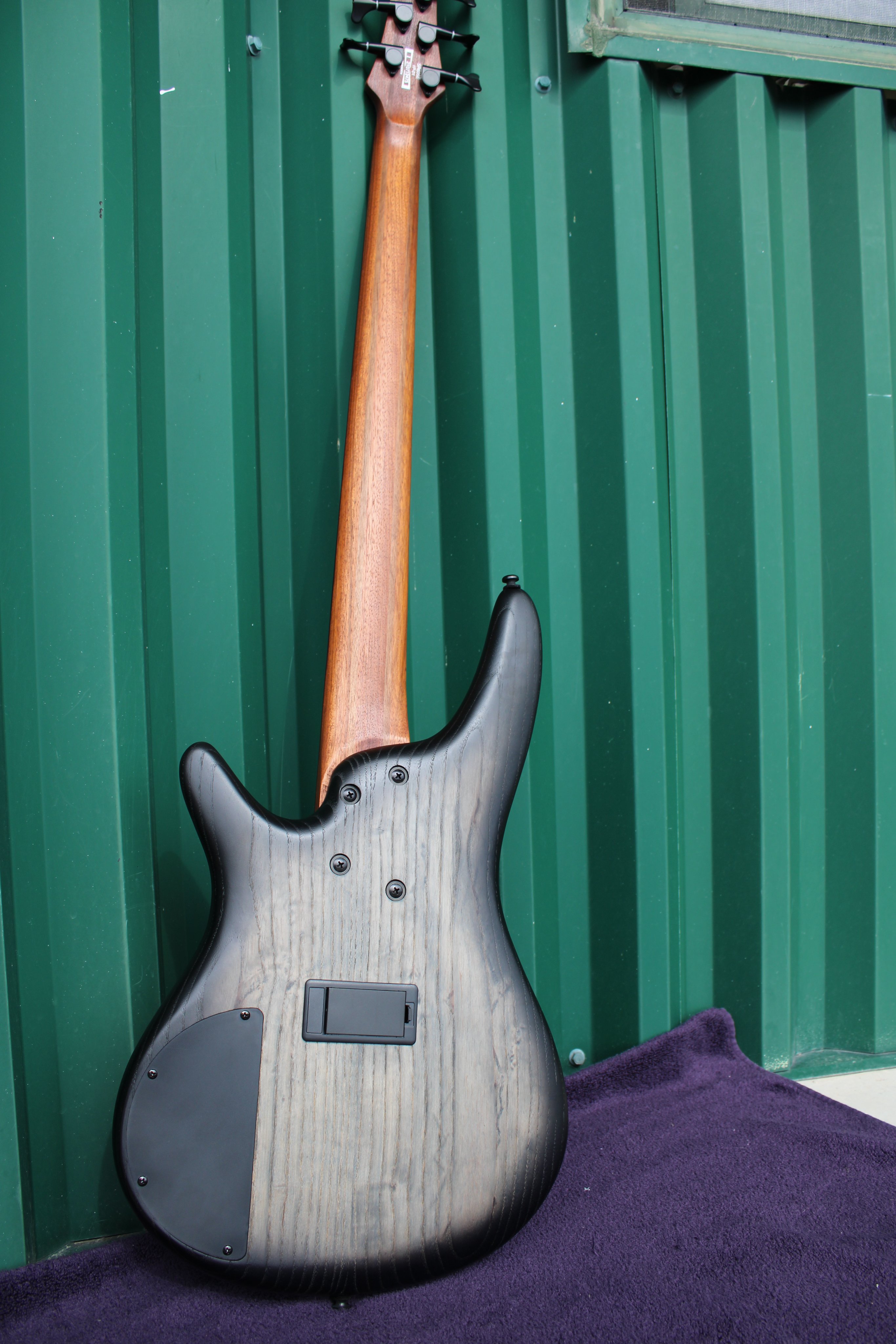 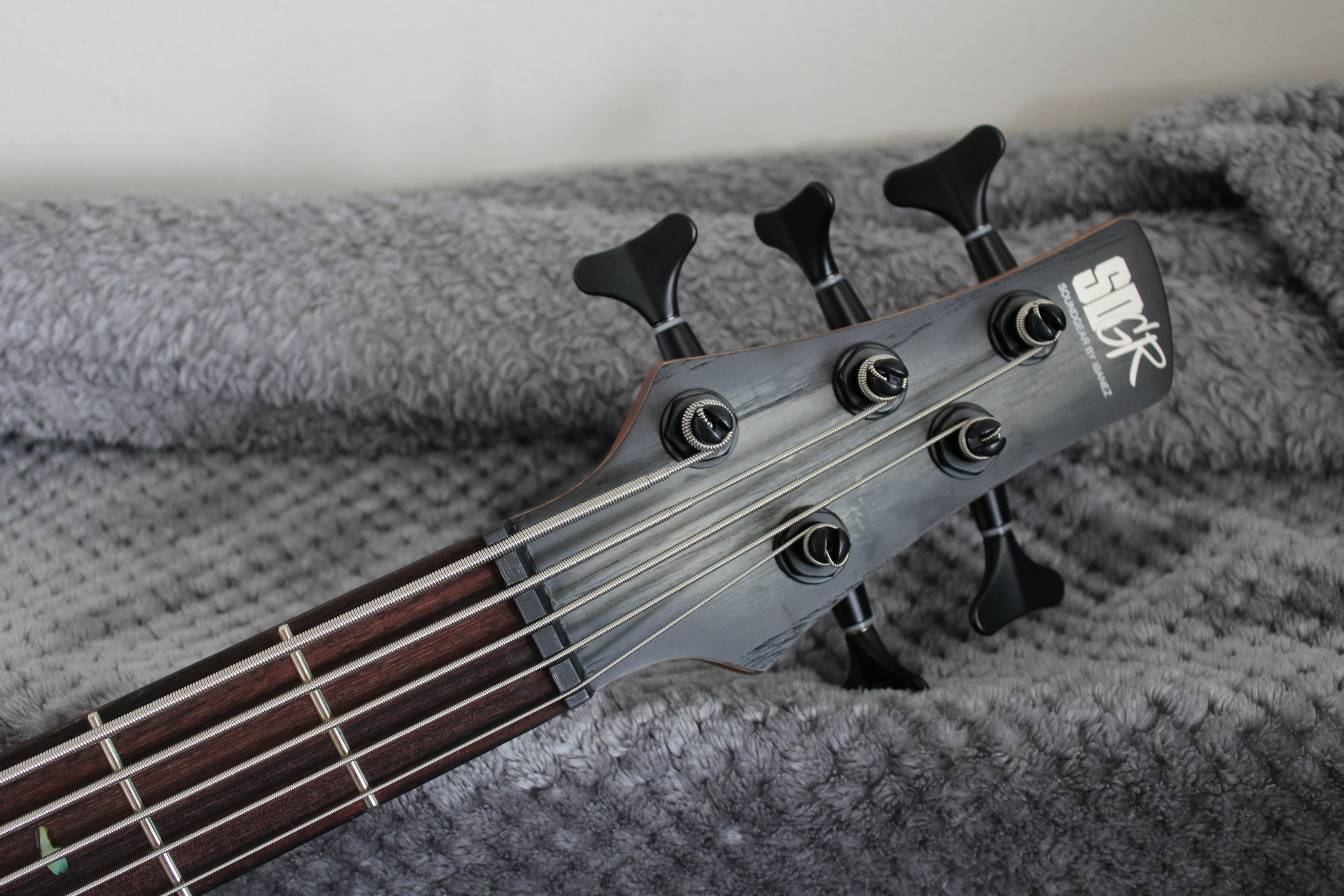 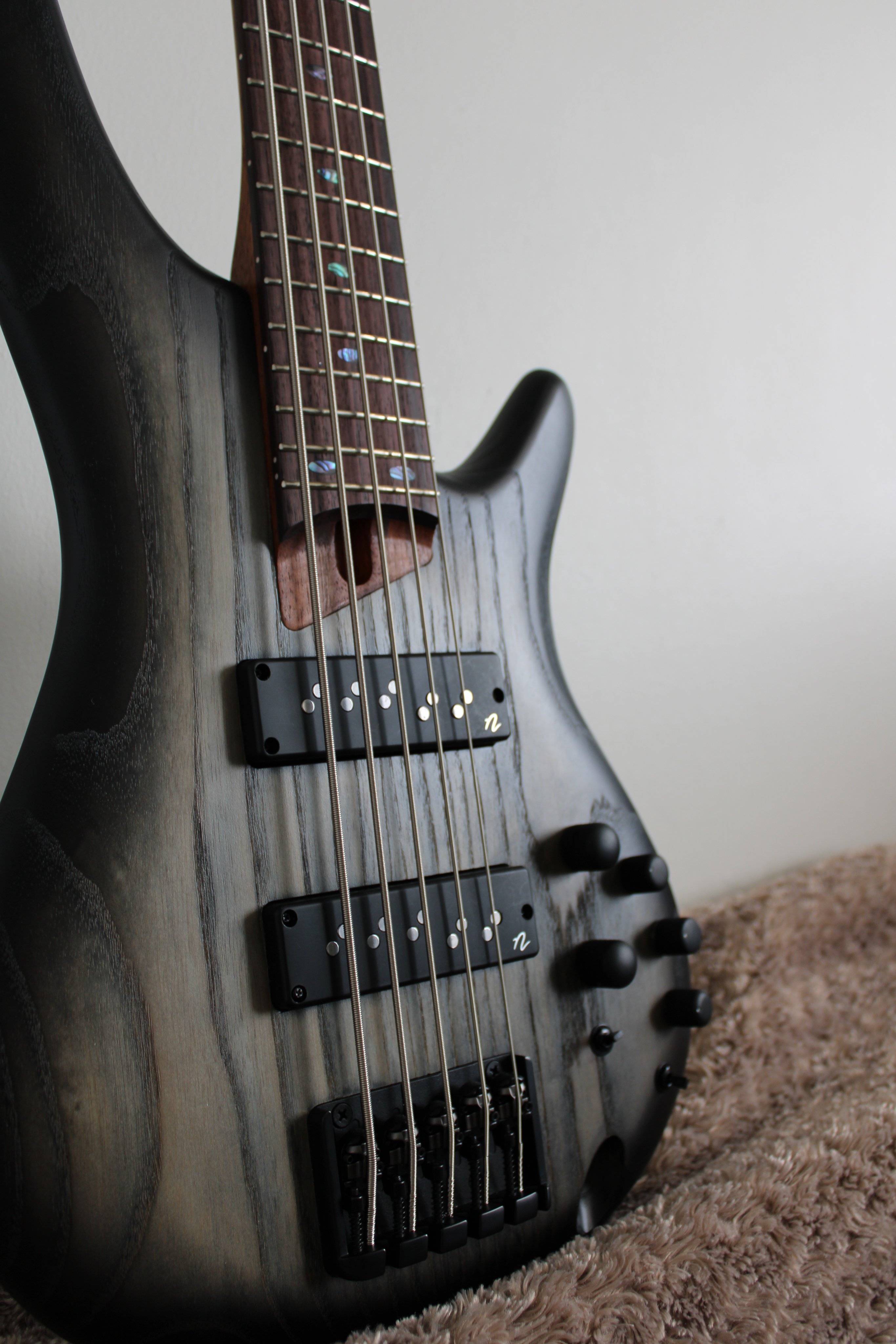 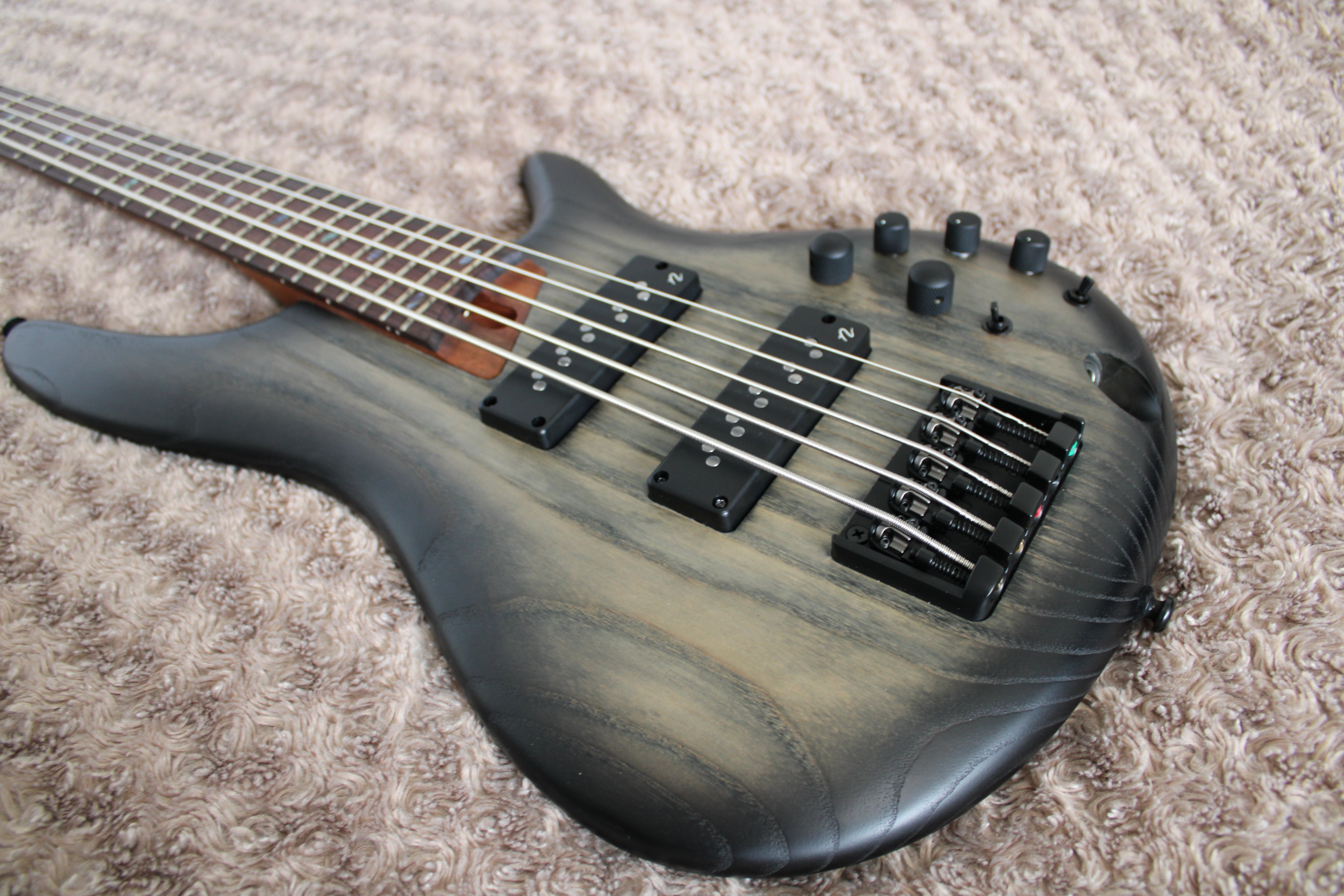 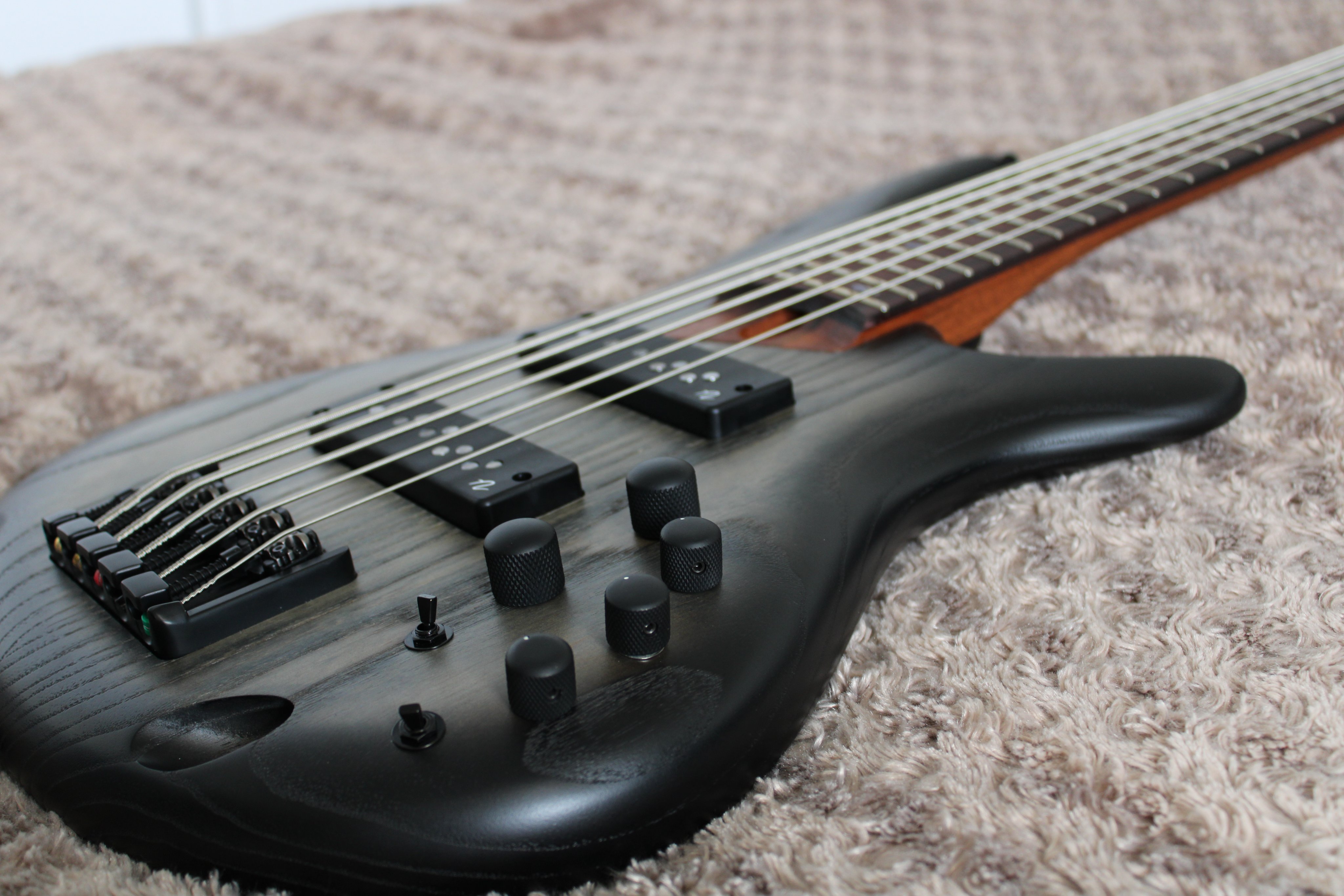 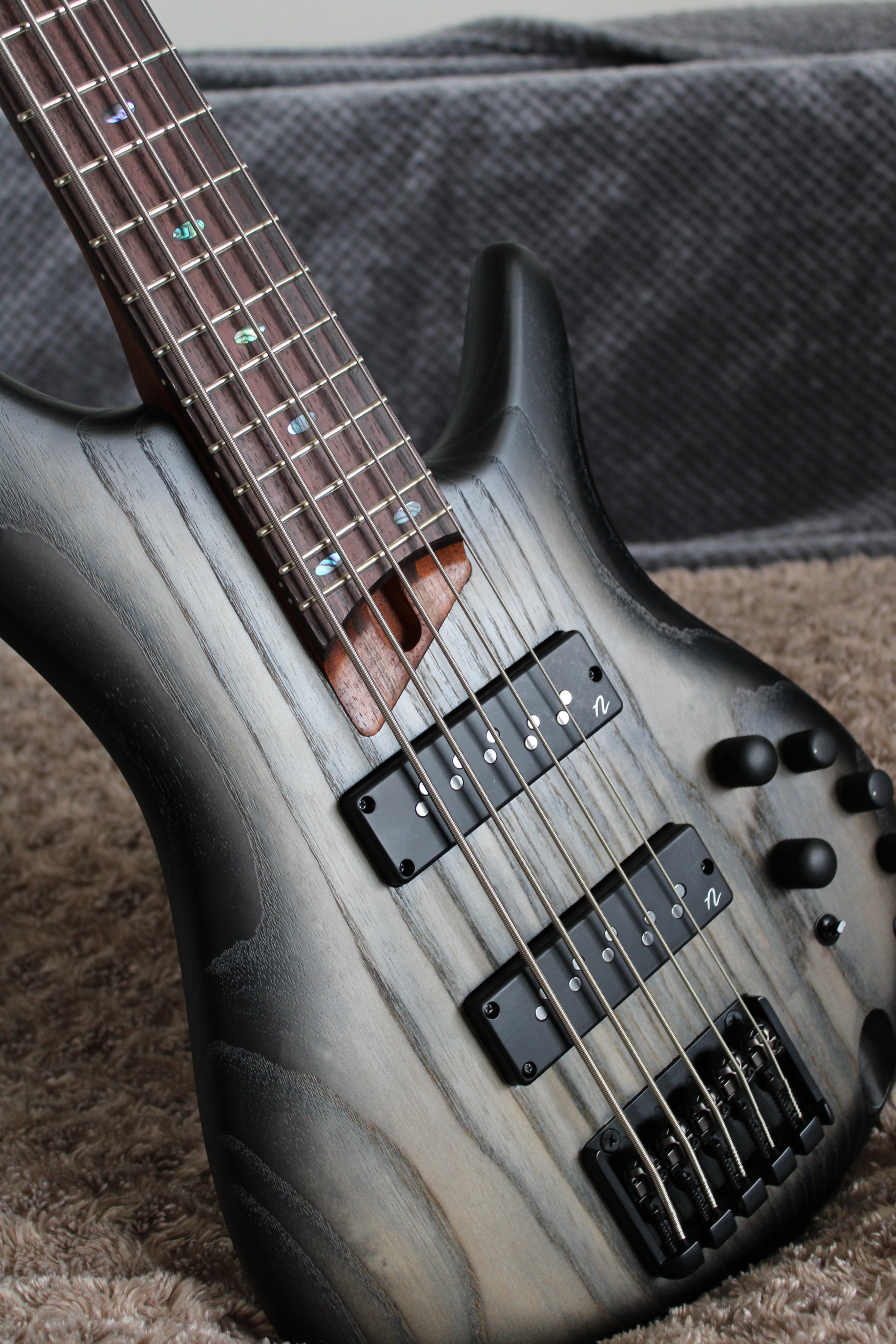 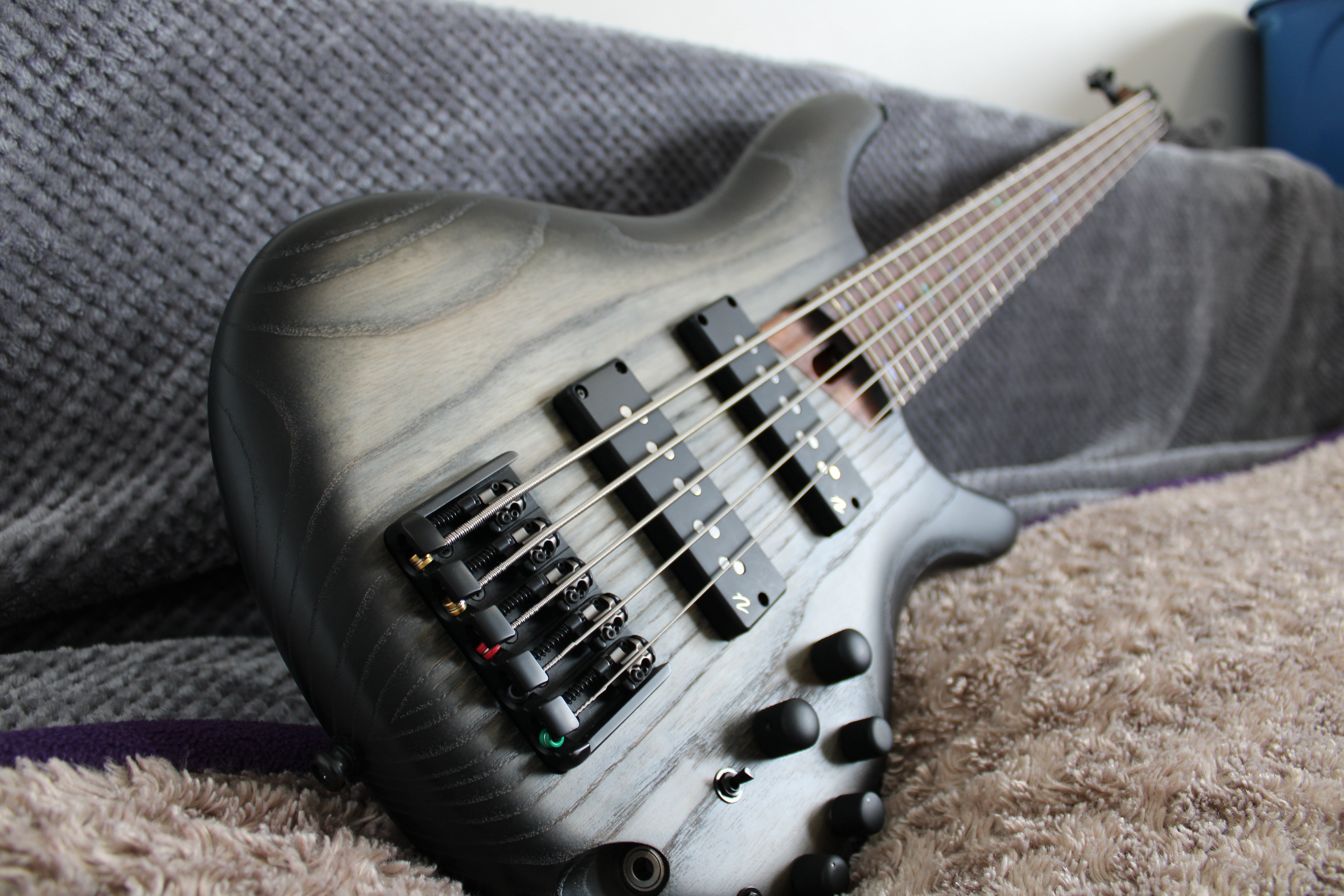 Nice. Hope it sounds as good as it looks.

She's got a great eye for pix! Nice job.


odibrom said:
Nice. Hope it sounds as good as it looks.
Click to expand...

if my 406 had matte black hardware instead of that horrid dark chrome stuff id still have it. looks classy

GenghisCoyne said:
if my 406 had matte black hardware instead of that horrid dark chrome stuff id still have it. looks classy
Click to expand...

thanks!
ya my old 405 had chrome and it was awful, the bridge especially.

Sad news. Even though the bass is gorgeous, feels amazing, and sounds fantastic, I kept finding build-quality issues, one of which was a deal-breaker. Here is a list of quality issues that I had with this bass (from minor to major):

#1 24th fret on bass and treble side were not 'wood filled' on the ends like every other fret were, lol. Not an issue, just an aesthetic thing but worth mentioning.

#2 Two of the EQ knobs were not positioned correctly (the marker on the dial, would point drastically to the side when the pot was in the 'middle' position). A quick fix was to simply unscrew the knobs and re-position them, not a big deal.

#3 Battery Compartment was sticking up (lid would barely close). The lid wasn't flush so I opened it up to see what the problem was. I even put in a new battery while I was trying to figure it out only to determine that a 'typical' panasonic or duracell 9V battery wouldn't fit, the lid wouldn't close! Eventually I found out one of the screws in the compartment was sticking up very very high so I screwed it down with the small Philips screw driver. This was actually very difficult and I could only screw it down so much with my screw driver--it was clear that the screw was barely drilled into the body. Luckily I got it in enough that the lid would sit flush.

#4 A hole in the fretboard of the rosewood. It looks like someone started to drill into the wood and realized they were making a mistake and just left it.

#5 A significant scrape/gash/chip in the side of the rosewood fretboard. Luckily it was near the 24th fret and your hand doesn't run over that area, but it is definitely noticeable.

#6 The head of the screw that mounts the bridge to the body was broken off. This is fixable but is quite a major issue and coupled with the other issues makes this bass a no-go.

I am extremely disappointed because this bass feels so good to play and sounds great, but there are just way too many issues, and the broken screw head is too much in my opinion.
The store was very sympathetic with my situation and is going to initiate a return. Hope to receive the RA tomorrow and hoping for a full refund without any weird fees or anything.

At this point I am committed to buying a bass that I can 'touch'. Unfortunately the large chain here in Canada tells me it will likely be 2023 before they get these in stock (which is why when I found one in stock in Canada at a different store in my province I ordered it online).

Even though its nearly double the price, my (amazing) wife agreed that I could get one of the few Ibanez SR1345B's that the big gain here in Canada (L&M) had in stock in one of their other locations. The bass is now travelling across the country via store-to-store stock transfer and I hope it will arrive in the next week or so. Luckily because i'll be able to 'try' before I buy with this bass I wont have ot worry about buying a bass with significant defects.

Crossing my fingers that the return goes well and that the new bass is high quality and well-made.

The return went well on the SR605 from Acclaim Music. My Ibanez SR1345B came in yesterday from Long & Mcquade and its a beauty! Plays, feels, and sounds awesome. 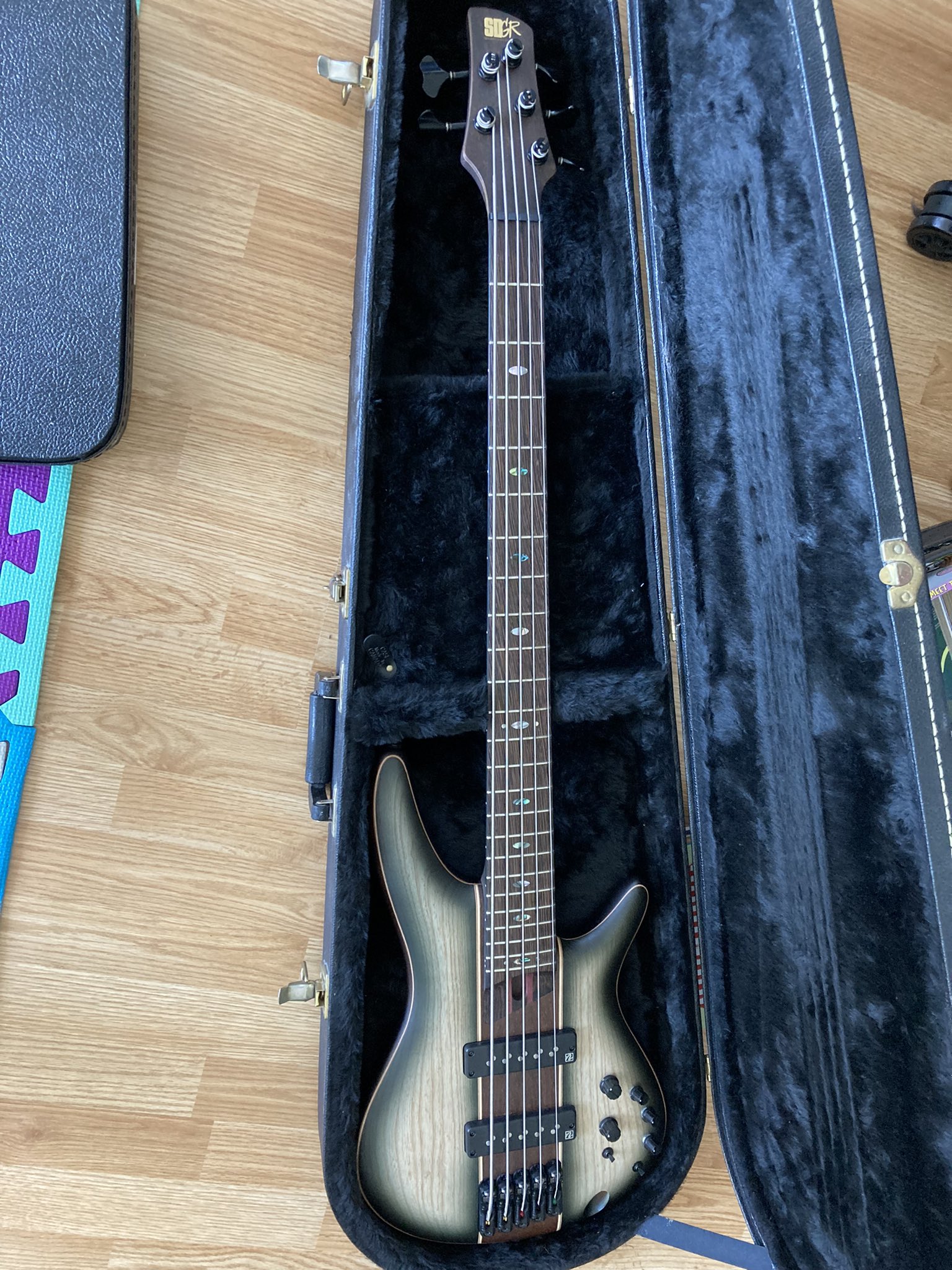 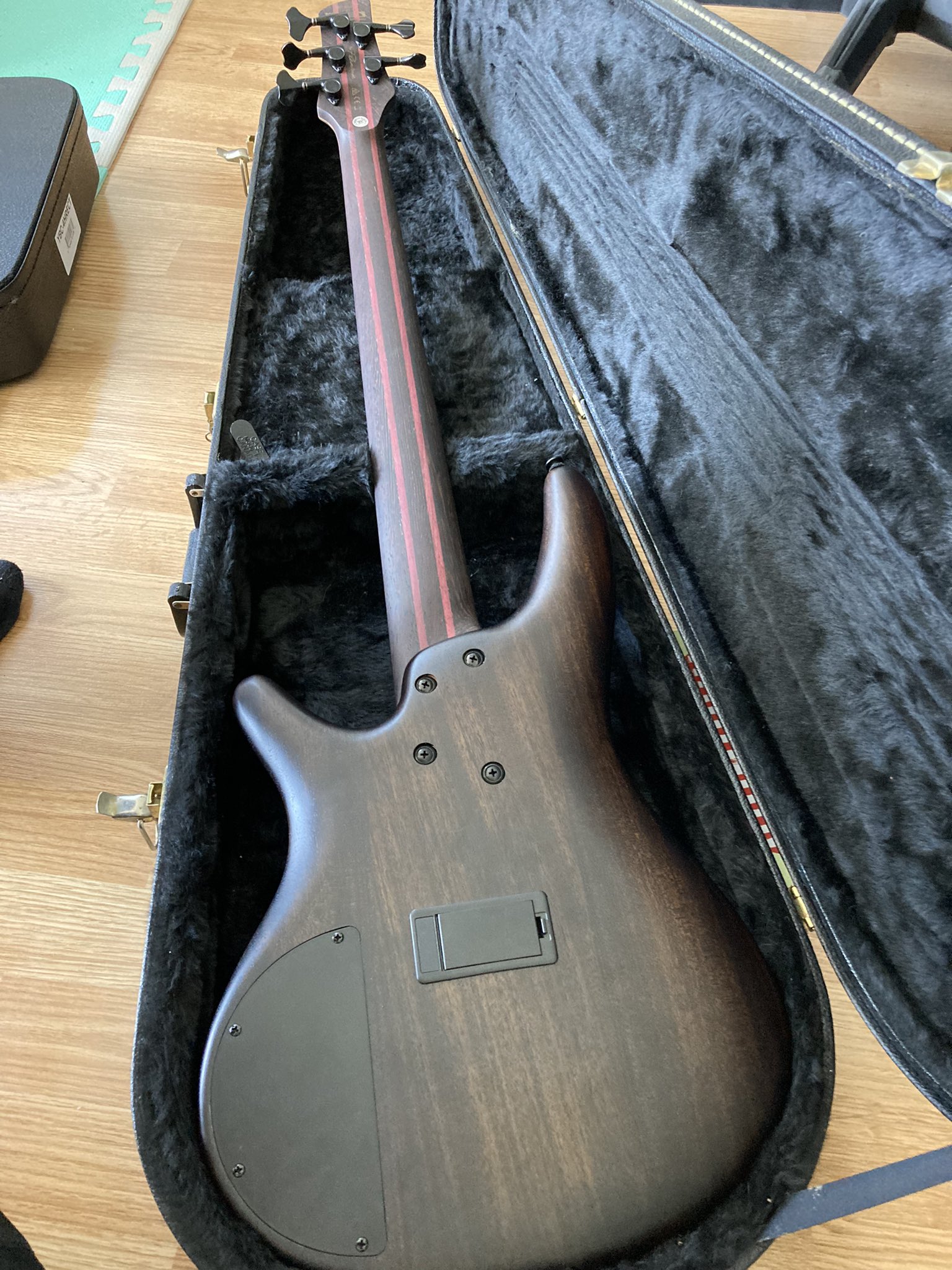 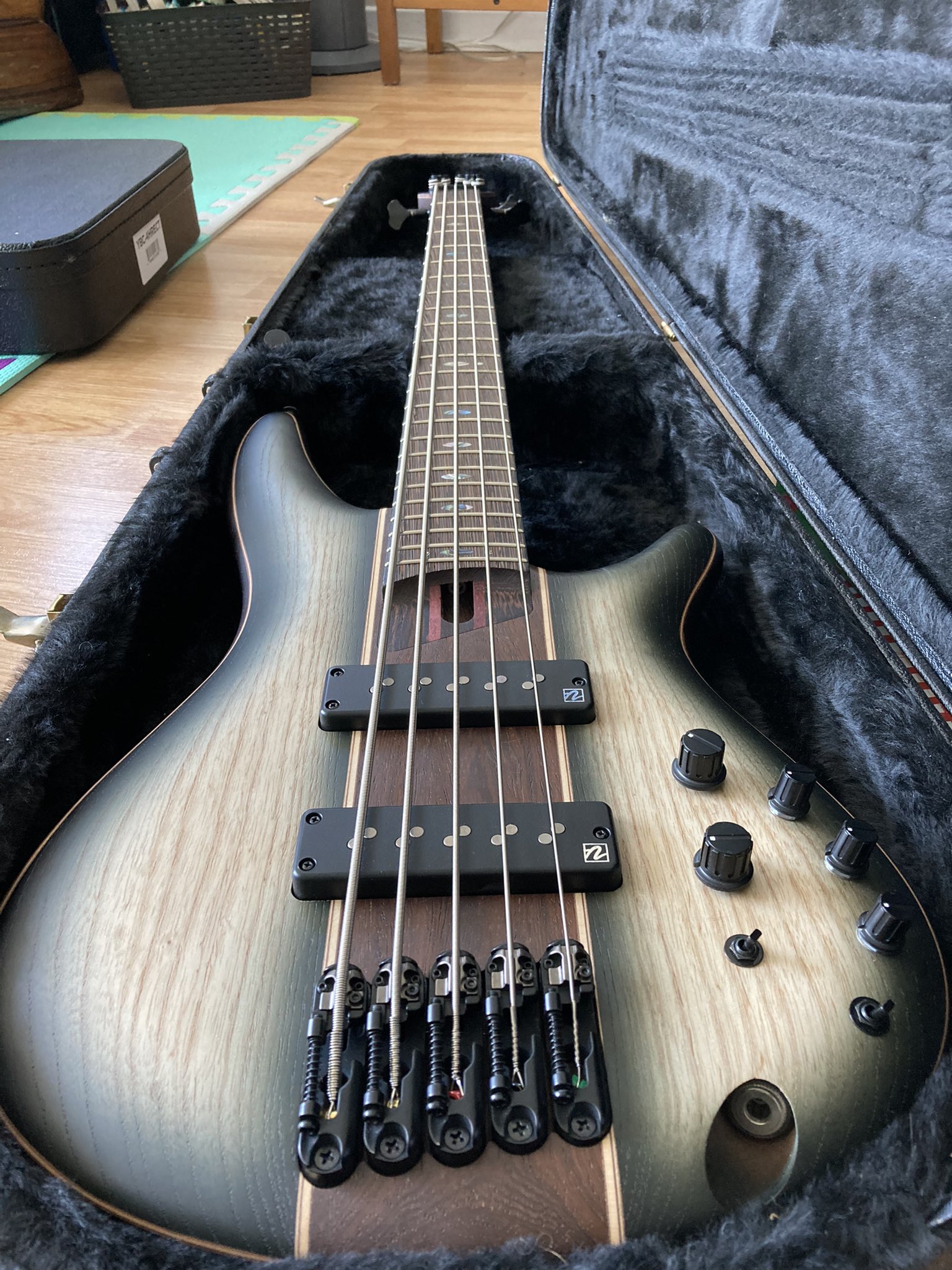 Glad it worked out for you. My bass player bought the same bass you returned and didn't have any issues. Crazy how the one you got had so many and no one caught them before it got to you.

Iron1 said:
Glad it worked out for you. My bass player bought the same bass you returned and didn't have any issues. Crazy how the one you got had so many and no one caught them before it got to you.
Click to expand...

Thanks! Glad your bassist got a good one (which i'm sure is the norm).

Yeah the SR605e was a great bass but I was unlucky enough to get a lemon and these are basically all sold out across Canada lol. I didn't have the patience to wait until 2023 so I decided to just grab that 1345B (which is even nicer, and doesn't have any QC issues).

Yeah the music stores I got it from should never have sold that instrument, but at least they were very very good with the return process and apologized that they sent it out without checking it over more thoroughly.

Just saw this after commenting on the NB you got . Shame ! I was quick to mention I never had Ibanez issues . It happens . I'm waiting on Dingwall to ship my NG3 to L&M . Supposedly it was in QC a few weeks ago . Stuff like this happens and it sucks but it is what it is .

Brayden Buckingham said:
Just saw this after commenting on the NB you got . Shame ! I was quick to mention I never had Ibanez issues . It happens . I'm waiting on Dingwall to ship my NG3 to L&M . Supposedly it was in QC a few weeks ago . Stuff like this happens and it sucks but it is what it is .
Click to expand...

Yeah i've played a ton of 500 and 600 series that were perfect. Really really bad luck I guess.

exciting on the Dingwall, post a NBD when you get it!
C