Dineley said:
Yo load box folks! care to explain why an OX amp top box costs insane moolah compared to most others?
Click to expand...

Because it has a UAD logo on it. Pretty much everything they sell is expensive.
N

Ended up getting the triple rectifier (solo/pre-multi watt). And it does get screwy with the master past about 11 o clock with the reactive load IR.

sakeido said:
Captor sounds funny cuz it doesn't resemble a real load. See below, it's not even close. If you want to know why it matters more for some amps than others, read on, otherwise just skip all the charts.. go buy a Suhr Reactive Load, even though it simulates a 4x12 Marshall with Greenbacks instead of a 4x12 Recto OS with V30s.

Every cabinet is going to have a spike like you see on the chart below, it'll just move up or down depending on the speaker & box design. This is the resonant frequency of the speaker box. You don't need much amplifier energy at this point to make a lot of noise. Your speaker will naturally accommodate that, because it's impedance will go shooting upwards at this point. In the example below, a 16 ohm cabinet will have an impedance of 75 ohms at its resonance. As impedance goes up, power output drops - this effect is way more obvious with digital amps than tube ones, but it's still there to an extent so it affects our feel. Note the spike is right around 120hz, important region for TOANZ

Rectos in modern mode have no negative feedback. No negative feedback means a very low damping factor. With a low damping factor, your speaker load will affect the power amp performance a lot more than a heavily damped amp. Marks are very heavily damped (as far as I know) which is what makes them sound so tight and controlled; it also means they don't care about the load. The output at the speaker jack is always going to be more or less the same. The same is not true of a Rectifier. The output at the speaker jack is going to change, depending what that speaker jack is connected to. Or you can also just flip your Recto to Vintage mode, then it has negative FB, damping goes up, load matters less. 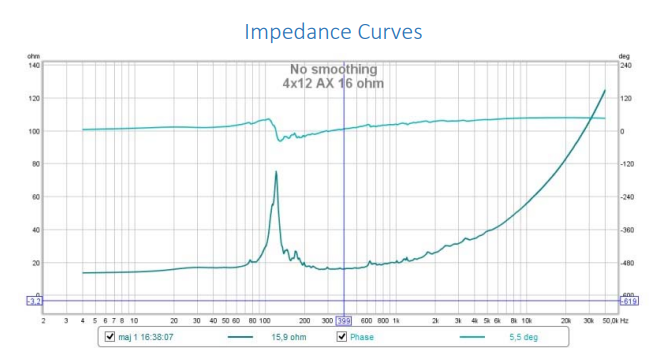 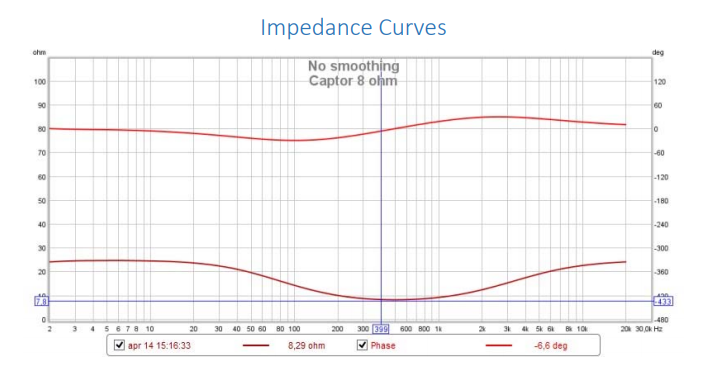 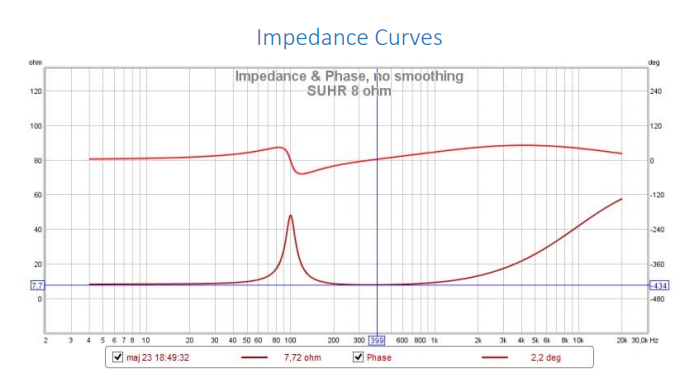 Another way of looking at it - here is a post from a hi-fi forum showing how amplifiers with different damping factors are going to react to the impedance of their speaker load. The differences in magnitude aren't big (+/- 0.5dB) but that's with a DF of 10, and I'm pretty sure a Recto is even lower than that.