Has anyone tried it? Will it work with lo G? Does short scale mean it will not work or guitar construction can compensate (snappy attack, other design elements..)? Please share your knowledge.

You can absolutely do it, I've taken 24.75" 6 strings down to F without issue. With the right strings and a good setup, it's totally doable.

Where you run into problems is moderating pick attack to keep the notes from going out of tune, and your own tonal preference with a short scale and larger strings and how you feel about it.

Eh not preferable for intonation but totally doable.

Metaldestroyerdennis said:
I think the old Matt Heafy 7's were 24.75
Click to expand...

He did butI THINK the lowest they tuned to was A# IIRC.

It's not my first choice (my first 7 string was nominally longer with a 25 inch scale), but it can be done.

I have had several of the 7-string Gibsons. The low B is no problem. Never tried low G. If you have a capo, you probably could approximate by turning a 25.5" scale further down and then using a capo to set for low G and give it a go.

oracles said:
You can absolutely do it, I've taken 24.75" 6 strings down to F without issue. With the right strings and a good setup, it's totally doable.

Where you run into problems is moderating pick attack to keep the notes from going out of tune, and your own tonal preference with a short scale and larger strings and how you feel about it.
Click to expand...

Wow! Lo F! What strings did you use? DId it sound like an upright bass? LOL

I had one of these epiphone 7 LE strings as my first 7 stringas I waited for my first carvin Dc747: epi 7

it was ok and 24.75. I love the look of les pauls but I dont really get on with them. One of the very few guitars Ive sold and never regretted

Out of the sevens I've owned, the shortest I have is 25". But I've been veering more and more toward longer scale lengths, because:

You can tune a 24.75" guitar to low G. You can tune it to low F, you can tune it however you like. As the string thickness gets around 0.70", you start having potential problems getting through unmodified tuning posts. Even if you modify the post, once you get around 0.095", you could start running into problems that cannot be remedied by modification and you might need special tuners. The dark tone will make electronic tuners more prone to errors, which makes setting intonation difficult. The thicker strings make setting intonation more difficult. The shorter scale length relies on larger corrections, which makes setting intonation more difficult. The darker tone makes riffs feel different (to me, I know it's subjective)... So, personally, I would not go lower than maybe Bb at 24.75". For G, I would recommend 27". But that's based on my personal preferences. Some people prefer the darker, muddier tone you achieve with shorter scale lengths and lower tunings. The low G itself won't even sound awful, but as you fret, say, a C on the 5th fret, it's going to sound kind of like a wet fart.

Of all the scale lengths I've tried, my favourite is probably 26.5". Enough to warrant clarity on lower tunings without increasing fret distance or string tension too much.

Pictures of guitars I don't even own anymore!

We play in B standard, and Division's other guitarist's main 7 string is a 24.75" custom Rhoads-style V. It works just fine.
W

I've tried rolling a 24.75 in Ab with a 14-68 set... I mean, it technically works but it feels bad to run such dummy thicc strings when you're not *that* low. Your tone gets kinda bassy and muddy, you go out of tune easier and you may go beyond your bridge's intonation range. Pushing below B is sketchy, past A and you're making serious compromises just to suit the scale.

I'm pretty obsessed with short scales but I've given up trying to bring them into the same territory as baritone guitars. Might as well get yourself a drop tune pedal and the "tone suck" might be better than running abnormally thick strings.
V

Isis were using Gibsons and playing with a low F#

But Mike said he couldn't get the intonation 100% right that far down. B seemed fine though

As stated above, you can go up to about a 0.070" string on common tuners (at least Gotoh / Grover). Adding an inch to the neck length (with the same scale length) is almost like adding one more fret lower. Either way, feel free to experiment. You can get some pretty good doom tones tuning that low. It is up to you to decide what is usable. 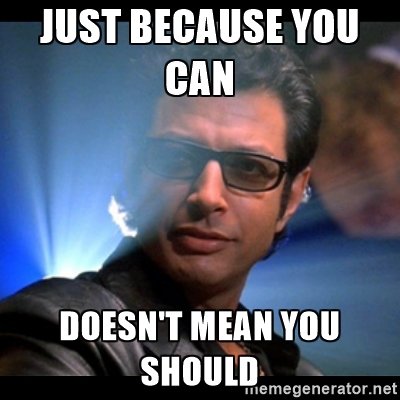 I tune C/Drp Bb on 24.75 using daddario 13-62. The main issue I have is intonation of high strings near the nut. It sounds especially bad on string 2 and with open chord shapes like C or A.

I read an article a long time ago that I can no longer find that recommended adding some neck relief and filing the nut slots lower than you normally would to compensate for this. It's not 100%, but this combined with a light touch and slightly modified tunings results in a guitar that is ~98% there.

I also have a 27" scale in B/drpA with the same strings. The primary advantage of the long scale is much better intonation in problem areas.

The difference to the ear is probably negligible. I have played live shows using lots of cowboy chords on the short scale and nobodys ears bled because my intonation wasn't dead on. As a player though, the difference is quite noticeable and I much prefer the baritone.

I built a 7 string SG at 24.75 and it sounds ok tuned down to dropped G, but not very clear. If you use a fair amount of distortion, it'll sound like trash. Dialing the gain back can help a lot, but I find it sits best at C standard, with a 59-10 Daddario string set.

I would say, this is where a multiscale shines as you will get the best of both worlds. A short scale and long scale where it matters on one guitar.

littlebadboy said:
I would say, this is where a multiscale shines as you will get the best of both worlds. A short scale and long scale where it matters on one guitar.
Click to expand...

It sucks that more multiscales don’t go to Gibson scale length on the treble side though. That’s what makes that new Abasi Music Man so intriguing to me, I think I’ll end up getting one for that reason alone.

while doable, I would never do a 7 with shorter than a 25.5" scale, just for intonation purposes. The lowest I would go with that scale is B standard, but even then you need some seriously thick strings if you have a heavy right hand.